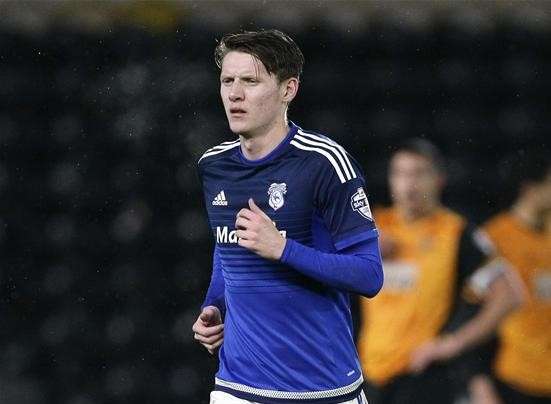 Wolves have offered £3m for the 24-year-old whom manager Kenny Jackett has long admired with a bid last summer rejected by the Welsh club.

The sale of Benik Afobe to Bournemouth has boosted Jackett’s transfer kitty, and the Black Country club confirmed they have had a ‘significant bid’ accepted for Mason.

The former Plymouth forward has made 23 league appearances this season for the Bluebirds, scoring six goals.

Mason enjoyed his best goals-scoring spell back in the 2011/2012 season when 12 goals in 46 games helped Dave Jones’ side to the play-off final, where they would ultimately lose to West Ham at Wembley.

Cardiff are currently under a transfer embargo after breaching the Football League’s Financial Fair Play rules, meaning any replacement for Mason will have to be a loan signing.