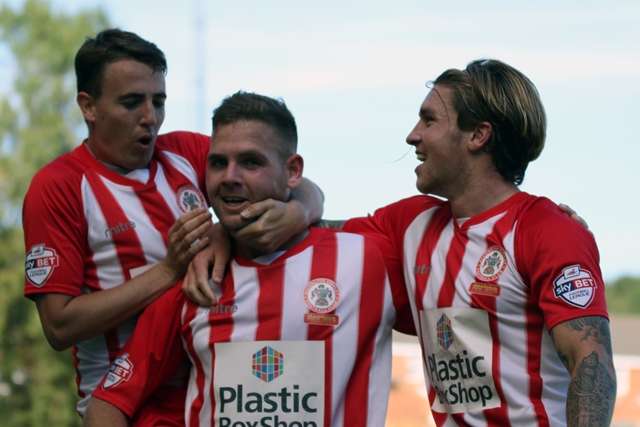 Accrington Stanley have a new majority shareholder after club backers’ approved a deal to clear debts.

Holt, owner of the company who sponsor the League Two side’s Wham Stadium, was voted in with a majority of 70% and will be one of five new board directors – current chairman Peter Marsden will remain at his post.

Stanley, renowned as ‘The Club That Wouldn’t Die’, left no doubt as to the significance of Holt’s interest.

“The current board have been keeping the club ticking over but Andy’s involvement is the best thing to happen to Accrington Stanley. He came on board as the club sponsor and has caught the Stanley bug,” said Peter Marsden.

Holt outlined both his immediate objectives and long-term plans for the Reds: “The big thing is clearing the debt,” he explained. “This way it is squared off and we can look at ground improvements, growing revenue and increasing the crowds. It won’t happen overnight but we are putting plans in place.

“This club needs help and we are in a position to help so why not? It will be good fun.

“If we can get rid of the debts and break even without winning the FA Cup final then that would be a good achievement.”