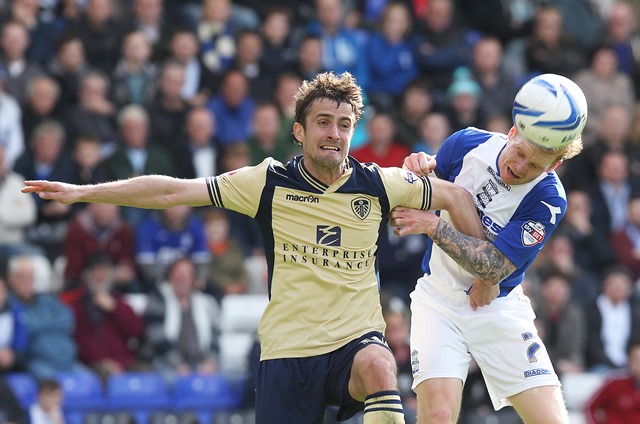 Bury have bought versatile midfielder Danny Pugh after he was released by fellow League One side Coventry City.

Pugh came through Manchester United’s youth system but only played a few games for them before he was used as a part-exchange for the transfer of Leeds player Alan Smith.

Even though Pugh is comfortable in both left back and midfield he was unable to play more than five league games for The Sky Blues during the 2014/15 season.

The 32-year-old has plenty of experience with three spells at Leeds United and two at Preston North End.

He was a regular under Tony Pulis’ Stoke side and helped them gain promotion to the Premier League in 2008, however the next season he struggled to keep his place in the starting XI.

Newly-promoted Bury are hoping that Pugh can hit the ground running at Gigg Lane and give them the experience to help them stay up.