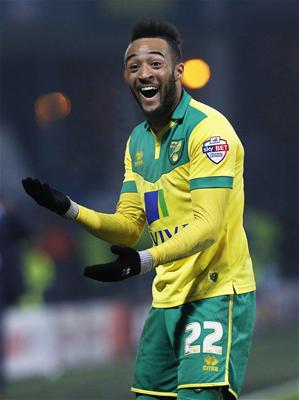 Nathan Redmond, Patrick Bamford and Dele Alli make up the Football League’s shortlist for the young star of the 2014/2015 season.

One of the three will be declared the winner when the awards are hosted this Sunday (19th April), with MK Dons’ Dele Alli the youngest nominee at 19 years-old. The form he displayed this season earned many admirers and it was Tottenham Hotspurs who were able to stand steady while others tripped over themselves to sign the midfielder for £5m, plus add-ons.

Nathan Redmond has been tipped by many to eek his way into England’s World Cup squad for Russia in 2018, if not then certainly Qatar 2022. Norwich signed the 21 year-old from Birmingham City in 2013 and has firmly established himself this season as the Canaries’ go-to play-maker on the wing, making 8 assists and scoring 3 goals to help them convert from play-off hopefuls, to serious promotion contenders.

Middlesbrough’s Patrick Bamford has more than likely proved to be the best loan signing this season. The Chelsea forward has had a number of loan moves in his three years at Stamford Bridge, performing satisfactorily at most. But under Jose Mourinho’s former No.2, Aitor Karanka, Bamford has fired in 18 goals in 39 appearances for ‘Boro to offer a huge chance of a return to the Premier League after a six-year absence.

Who out there in the Football League can feel aggrieved at not making the list?