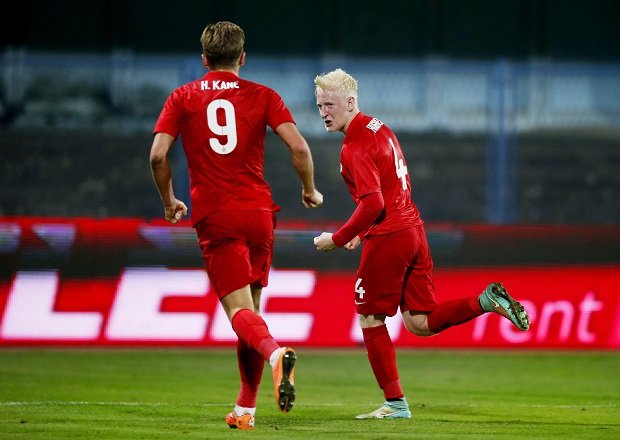 It may seem as if the transfer window has only just drawn to a close but as the new football season progresses, scouts from across Europe will be assessing potential targets for when the markets open again in January.

English Premier League clubs can often seem a little reluctant to dip into the Football Leaguw for new talent but following the development of such players as Aaron Cresswell at West Ham, the scramble for Championship, League One and League Two signings could be greater than ever before.

Here are five men who deserve a chance to step up.

Current employers Blackburn were once linked with Rhodes as a Premier League club while Hull were also chasing the 24-year-old over the summer and it’s surprising that the prolific centre forward has yet to play in the top flight.

Rovers are among the outsiders with Betfair for promotion this season and will desperately want to hang on to their main striker but a record of 56 goals in 97 Championship matches suggests that January 2015 may finally see the talented Scot given a chance to impress on a bigger stage.

Derby’s England Under 21 midfielder is still only 19 but reports of a move to one of the larger Premier League clubs have been around for at least two years now. Manchester United, Manchester City and Spurs are among those mentioned but the teenager came close to making the top flight with his current side, missing out on promotion after a play off defeat to QPR.

Hughes was heavily linked to Liverpool 12 months ago and despite signing a new, four year deal with the Rams over the summer, the player is still talked of in some circles as the natural successor to Steven Gerrard.

Assombalonga, 21, was tipped for a switch to Premier League football while still at Peterborough but as the big boys dithered, Stuart Pearce’s Forest moved to sign the Zaire born striker on a five year deal back in August.

Since then, an impressive run of nine goals in 12 matches had briefly taken his new team to the top of the Championship. That record is certain to ensure some Premier League interest come January but if Pearce’s men are to stay in the promotion places, they simply have to keep hold of their most potent asset.

Scottish international Marshall was practically fighting a lone battle to keep Cardiff in the top flight last season while the Bluebirds were fighting off interest from other clubs, most notably Spurs who had witnessed a Man of the Match performance from the keeper at first hand.

Badly timed injuries may have cooled any speculation in the close season while a £15m fee was effectively a ‘hands off’ statement by his current employers. Arsenal’s Wojciech Szczesny has gone on record to say that he feared Marshall would take his place and while the Emirates may not be a likely destination, a return to the Premier League seems almost certain.

A versatile player, comfortable in either central midfield, attack or on the flanks, 26-year-old Sako started 2014-15 in prolific form and as his club’s leading scorer, there is plenty of speculation regarding his future.

His manager Kenny Jackett believes that an inflated transfer market may deter Premiership clubs from taking a chance on the Mali international and Wolves’ manager will surely be hoping that his player remains at Molineux for the remainder of the season at the very least.