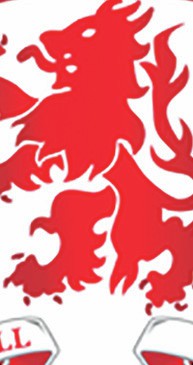 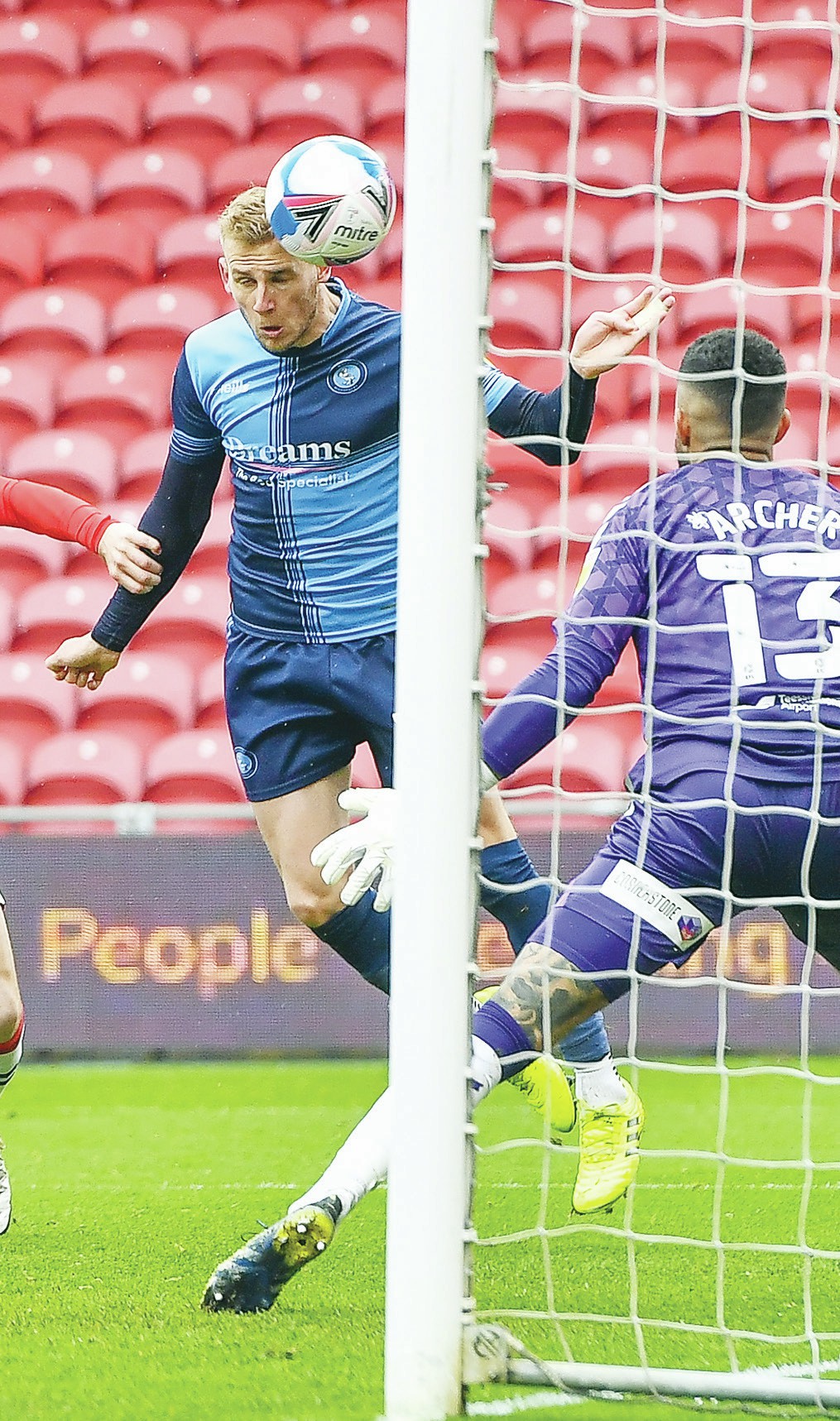 HIS side might have been relegated, but Gareth Ainsworth has describedd Wycombe Wanderers’ season in the Championship as “one of the proudest moments” of his career.

Wycombe dropped back into League One less than 12 months after winning promotion through the play-offs, but Ainsworth could not be prouder of his players’ efforts in the second tier.

The Chairboys signed off in style with victory at Middlesbrough, and their manager, who has been linked with the vacant managerial position at Preston, is already looking forward to mounting a promotion push with his current employers next term and you’re thinking of backing them check out betting sites UK.

Ainsworth said: “There are no mixed emotions – I’m just really proud of what we’ve done. The long-term planning for Wycombe was to get into the Championship, but it wasn’t supposed to happen this season.

“It might seem a strange thing to say because we’ve been relegated, but finishing third from bottom in the Championship is one of the proudest moments in my career.

“It’s the highest the club has ever finished. We’ve spent a lot of time trying to get into League One, so to be playing in the Championship has been a dream really.”

The Chairboys opened the scoring in the 14th minute as Boro’s backline was sliced open by Ryan Tafazolli’s through ball. Fred Onyedinma galloped clear, and while his clipped shot struck Middlesbrough goalkeeper Jordan Archer, the ball deflected into the bottom lefthand corner.

Archer kept out Admiral Muskwe’s driven effort after the striker created space on the left, and also produced a smart save to prevent Garath McCleary finding the net after he dribbled across the face of the area.

McCleary’s industrious running caused problems for the Middlesbrough defence all afternoon, and the Jamaican doubled his side’s lead 11 minutes before the break.

His pass found Uche Ikpeazu in the box, and after the Wycombe forward drove past Grant Hall to pull the ball back from the byline, McCleary continued his run to bundle the ball home from close range.

Wycombe almost claimed a third before the interval when Onyedinma cut inside Hayden Coulson and drove in a shot which whistled narrowly over the bar, and while Middlesbrough might have had nothing to play for, Neil Warnock’s frustration was evident as he barked out orders.

The home side created nothing before the break, and while Yannick Bolasie drilled in a low shot that was deflected wide at the start of the second half, Wycombe remained dominant.

They claimed a third shortly before the hour mark, with Tafazolli heading the ball back across goal from a corner, and an unmarked Jason McCarthy was left with the simple task of nodding home.

Warnock said: “We were poor today, but, overall, to finish 10th after where we were when we came in, I think it’s been a fabulous achievement.” 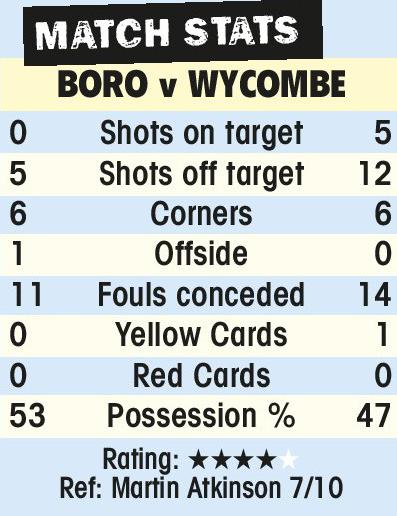