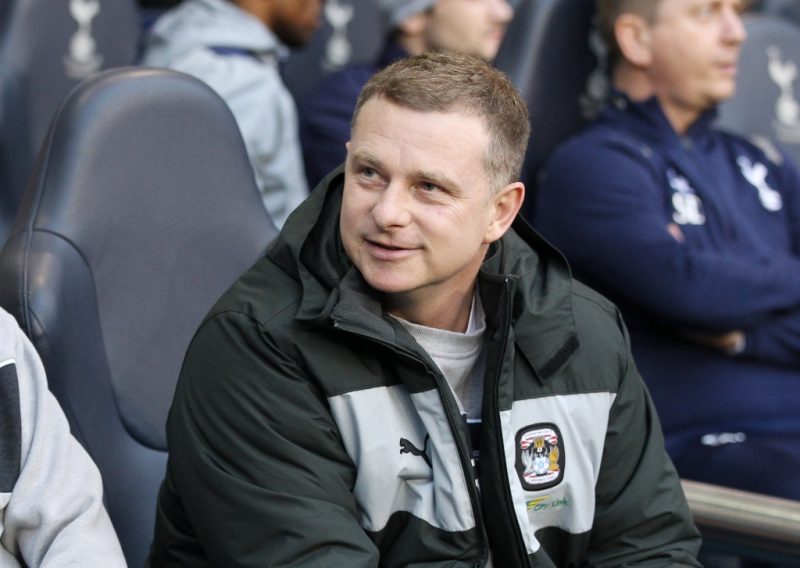 Coventry City have agreed a deal to sign Portsmouth goalkeeper Liam O’Brien when his contract on the south coast expires on 1st July.

O’Brien becomes the second player to leave Pompey this week, after influential left-back Enda Stevens joined Sheffield United, and is the second of Paul Cook’s men to join the Sky Blues so far this summer, after Michael Doyle agreed to join Mark Robins’ side earlier this month.

Having not been offered a new deal at Fratton Park, the 25-year-old O’Brien has signed a two-year deal in the Midlands.

Speaking to the club’s official website, boss Robins said: “We are pleased to complete the signing of Liam.

“Liam is a quality goalkeeper, who we will be working hard with to maximise his potential.”

Coventry are preparing for a spell in the fourth tier for the first time in 58 years, following their relegation from League One on the penultimate day of the season, and are trying to assemble a squad that can bounce back immediately.

O’Brien, who has also played for Barnet, Brentford, and has prior experience in League Two following a spell with Dagenham & Redbridge, is a signing Robins is clearly delighted with.

“We are building a club, not just a team, for our short term and long term aims.” said the former Scunthorpe manager.

“We need players for all levels of the club, with the ability to fight for a first team spot and to push everyone else in the squad further.

“Liam is a good age and has the attitude which we need at this club, and we’re looking forward to starting work with him.”

With two Pompey recruits so far, Robins is also thought to be keen on another of Cook’s men – former Coventry captain Carl Baker.

The Telegraph reported that the skillful midfielder, who enjoyed a spell at the Ricoh Arena between 2009 and 2014, is high on City’s shopping list, and the player himself still lives locally.