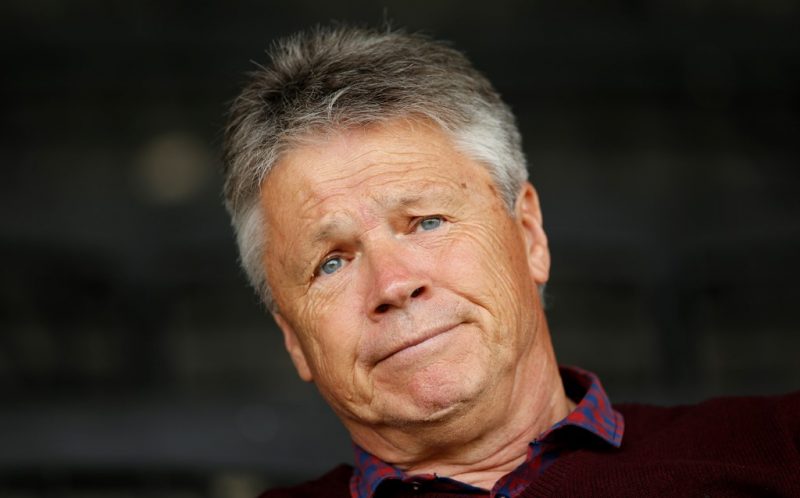 Exeter City director of football Steve Perryman has issued a rallying cry to the club’s supporters ahead of the club’s play-off second leg at home to Carlisle on Thursday night.

The Grecians were the better team at Brunton Park on Sunday evening, but after taking a 3-1 lead, were pegged back by Keith Curle’s men and the tie is finely poised at 3-3.

The away-leg was viewed as crucial by Exeter fans, because despite having the best form on the road in League Two, at home their record is poor, with only three sides tasting defeat more regularly on home soil.

Perryman believes if Exeter are to overcome their shocking home record on Thursday, the fans will have to play their part, and he told Radio Devon: “There’s something wrong if it’s not a great atmosphere, because what more do people want?

“You sometimes think there’s a bit of negativity at home.”

571 die-hard Exeter supporters made the long trip north to watch their side take on Carlisle at the weekend, and they were treated with yet another thriller between the two sides.

In the three games Paul Tisdale’s men have played the Cumbrians this season, there have been 16 goals, and at Brunton Park the Grecians faithful were in full voice as they saw an absorbing match unfold before them.

Perryman was full of praise for those fans, saying: “They’ve been like that all season – we’ve given something to cheer, to be fair, with a great away record and we play a lot of quality football.

“I’d say that if there was similar noise, if there was more positive noise at home, I think you’d see more games like that.

“Don’t anyone tell me that this manager [Paul Tisdale] lacks passion, don’t tell me he lacks balls to make the decisions, to play forward and go for it.”