Home / Featured / Wigan boss Gary Caldwell: ‘I want to get this club back to the top’

Wigan boss Gary Caldwell: ‘I want to get this club back to the top’

Posted on November 5, 2015 by Adam Ellis in Featured, Features | 0 Comments 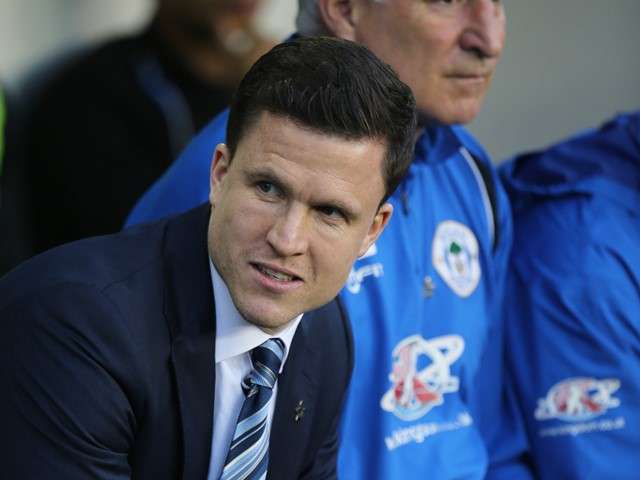 HE won the FA Cup with Wigan, the Scottish Premier League with Celtic and earned 55 caps for Scotland. Yet Gary Caldwell will always harbour one regret.

Back in 2003, the centre-half was a know-it-all teenager at Newcastle, convinced he was ready for a crack at the Premiership.

Manager Bobby Robson disagreed, sending Caldwell on loan to the likes of Darlington, Coventry and Derby.  Frustrated and angry, the Scot banged on the gaffer’s door once too often. Robson snapped, flogged him to Hibernian and the pair never worked together again.

“Looking back, Bobby is someone I wish I’d treated differently,” admits the Wigan boss. “At the time, I was young and thought I knew everything. Who doesn’t at that age?

“I thought I was ready to play. I thought he was being unfair. I spent so much time stewing that I didn’t watch or listen to him anywhere near as much as I should have.

“He was a fantastic manager, a great man. And in retrospect, everything he said to me made sense. He was trying to help me, to make sure I developed properly. But at the time I just thought he was past it and didn’t know what he was doing.

“If I’d worked with Bobby when I was 28, I think it would have been fantastic for my career. At 18, I just didn’t appreciate how privileged I was to have him as a mentor.” 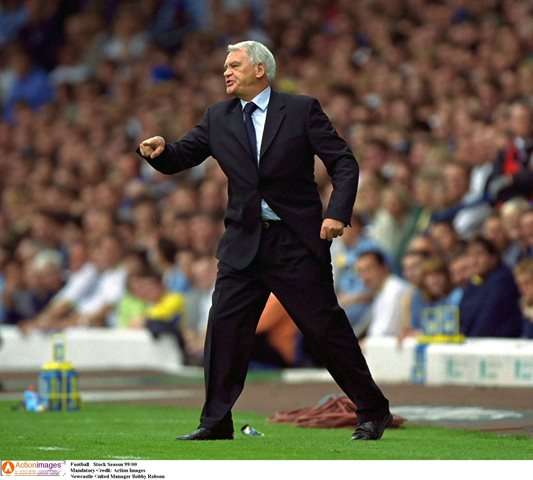 At the time, Robson said Caldwell needed to grow up. Were the former England boss alive today, he would surely be impressed by Caldwell’s maturity as a manager.

The Wigan he inherited in April was a mess. Relegated once and doomed to another, the 2013 FA Cup winners – bloated by big egos and bigger earners – were a sorry mockery of the side made great by chairman Dave Whelan and boss Roberto Martinez.

Owen Coyle had failed to halt the slide. So too Uwe Rosler and Malky Mackay. Pre-weekend, the Latics were unbeaten in nine and playing with a vibrancy seldom seen in recent years. Not bad for a 33-year-old rookie straight off the park.

Asked to explain why Wigan imploded so dramatically, Caldwell – a player at the DW from 2010 until his retirement through injury this year – is guarded.

“Bad decisions,” he says with a frown. “Bad decisions right throughout the club – the owner, the management and the players. There was a snowball effect and, once that starts, it’s very difficult to turn round.”

Yet Caldwell has done just that – and it began in the summer when 16 players were bundled out of the exit to make way for young prospects like £1m striker Will Grigg and Man United graduate Reece James.

“First of all, I had to change the mentality of the players,” he adds. “They were used to losing games. That’s why getting the new players in was vital – it feels like a fresh start, no baggage.

“After that, it was about getting everyone to feel part of it and getting the fans back on board. I wanted them to be excited about coming to watch their team play, to see a set of players fighting for the club. Too often in football, players just turn up, do their job, collect the money and leave. That won’t be tolerated here.”

Caldwell knows all about fighting. Signed by Celtic from Hibs in 2006, Bhoys fans viewed him as a symbol of their decline, a substandard freebie unfit to wear the shirt. Three years later, he was their player of the year and a Champions League regular.

“I wasn’t a marquee signing,” he laughs. “And it’s fair to say the fans weren’t overly enamoured by me. I was playing at right-back, something I’d never done, but the manager asked me to do a job. I kept working and, bit by bit, I turned them round.”

In doing so, he was laying the first foundations of a coaching career.

“From a very young age, I got on at people, pushed them about the park,” explains Caldwell, who studied for his coaching badges alongside Rangers boss Mark Warburton.

“I made them do my job for me, basically. I had to. I believed in my ability but I knew I wasn’t Rio Ferdinand. I was never the quickest or the most athletic.

“So I had to think one step ahead of the opposition. I had to work out the game and play it like a chess match instead of relying on physical attributes. Coaching grew from that.”

And never again would he make the mistake of ignoring old heads, taking advice from the likes of Gordon Strachan and then, following his move to Wigan in 2010, Roberto Martinez. 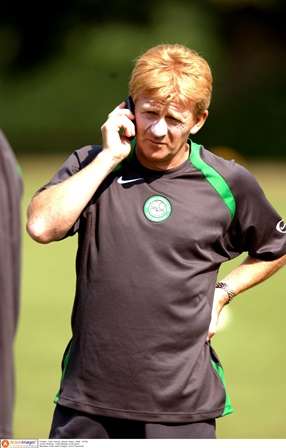 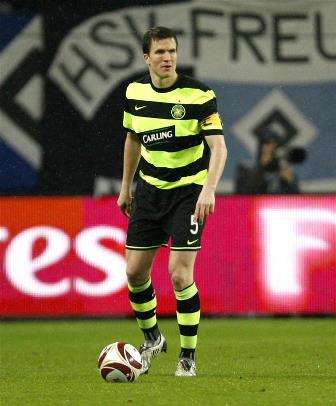 Signed by Gordon Strachan, Caldwell was treated coldly by the Bhoys faithful, before becoming a Champions League regular (Action Images) 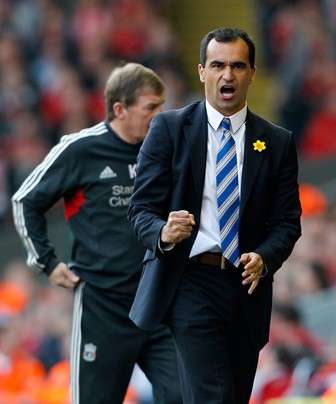 “Gordon was a massive influence on my career,” says Caldwell, who won two Scottish titles under Strachan. “He gave me a platform, gave me belief in myself. He knew my weaknesses and taught me not to fight them or try to disguise them. He  gave me the confidence that playing to my strengths was good enough.

“Yes, he was in your face sometimes. He knows what he wants and he’ll do anything to make sure he gets it. But he’s a great man-manager. When he says you’ve done well, you feel ten feet tall. When he’s disappointed, you want to fall through the floor. Roberto was different. If Gordon was all about passion and keeping things simple, Roberto was more in-depth and complex.

“He showed me how to counteract systems, how to use different formations to cause different kinds of problems. I was his captain for three years and we had a lot of conversations about the game. I’ve never known anyone so obsessed with football.

“Both of them were invaluable to me and still are – I still talk to Gordon and Roberto when I need a bit of advice.”

Right now, though, Caldwell – with the backing of 23-year-old chairman David Sharpe – is doing just fine on his own.

“I just want to get this club back to the top,” he adds. “That’s the remit from the chairman. He doesn’t just want us out of League One. He wants us going to places like Old Trafford and Anfield again.

“It’s a club that means a lot to me. I spent longer here than anywhere else in my career. And when I was out injured, I felt bad I couldn’t do anything to halt the decline.

“To get this opportunity feels like being given that chance afresh and I’ll be working as hard as I ever have to get this club back on its feet again.”