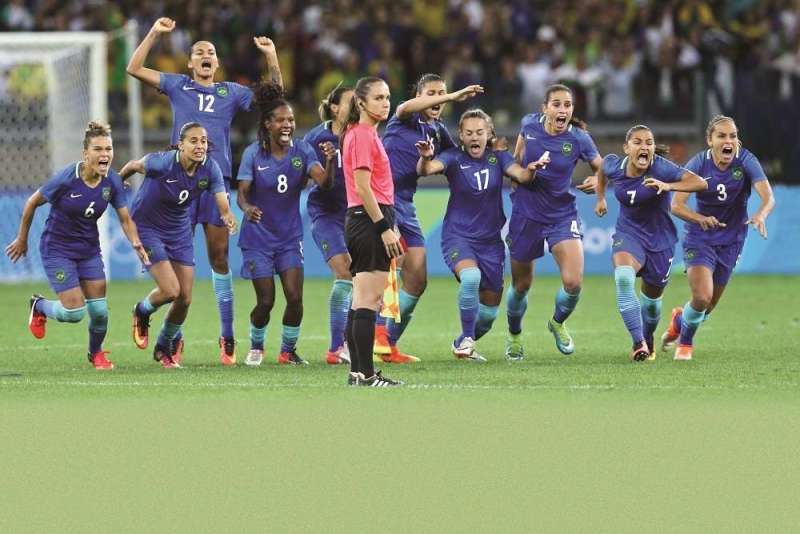 You wait 20 years to witness a penalty shoot-out in Olympic women’s football, and then two come along at once at the quarterfinal stage, with differing fortunes for two of the fancied sides to medal.

World Champions USA, gold medallists at London 2012 and at Beijing in 2008, were eliminated by an unfancied Sweden side who were thumped 5-1 by hosts Brazil in the group stage, while the hosts themselves went through in dramatic fashion against Australia in a sudden death shoot-out.

Germany and Canada make up the semi-final line-up, with both securing narrow 1-0 wins over China and France respectively – the latter coming as somewhat of a surprise, with the French many people’s favourites to come away with a medal.

The biggest shock of the round, without question, was the USA’s defeat to Sweden, with this being the earliest elimination at a major tournament for the Americans in their history.

Stina Blackstenius of Sweden and Alex Morgan of the USA scored in normal time to take the game into an extra-time and then penalties, but it was a miss from Morgan and team-mate Christen Press in the shoot-out that handed the Swedes a 4-3 win.

The result was overshadowed by comments made from US keeper Hope Solo, who described the Swedes as ‘cowards’, claiming the best team did not go through.

Brazil and Australia served up an end-to-end contest in the UK early hours, but were unable to find a breakthrough due to some wayward finishing and top-class goalkeeping.

Lydia Williams of the Matildas produced the save of the tournament late on to deny Brazil and force the game into extra-time and then penalties.

Katrina Gorry had an opportunity to win the game for her side after Marta had missed Brazil’s fifth spot-kick, but saw her effort saved by Barbara in the Brazil goal, taking it to sudden death.

Defender Alanna Kennedy missed the decisive kick, handing Brazil a 7-6 victory and a semi-final at the Maracana against Sweden.

Germany and Canada’s fixtures were far less dramatic, but had plenty of tension.

Germany, a team some fancied to win gold, have been under-par, while China have been hard to read due to some indifferent performances.

A thunderbolt from midfielder Melanie Behringer in the second-half was enough to send the Germans through, but it could have been much different had China’s Zang Shaung converted a disputed penalty late on – but her effort hit the post. 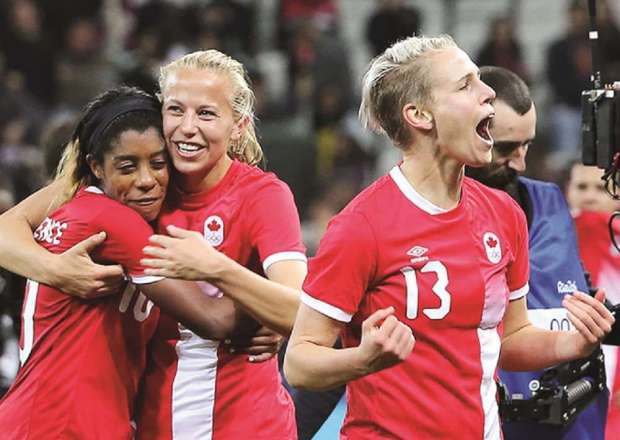 The Canadians, managed by Geordie John Herdman, weren’t really fancied to go beyond the last eight, but a solitary goal from midfielder Sophie Schmidt was enough to send her team through, and send a very talented French team home for the second Olympics running – the two teams met in the bronze medal match in 2012.

Germany and Canada meet in Belo Horizonte. Both semi-finals take place on Tuesday.