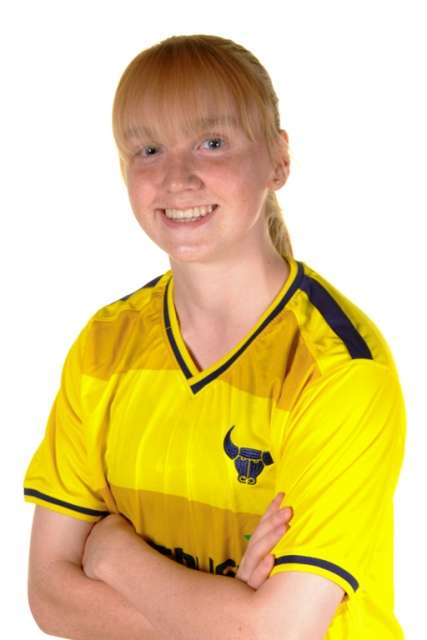 The 19-year-old made her debut towards the end of last season for United and becomes the latest local girl to sign for the Northcourt Road outfit, following Lauren Haynes’ transfer from Aston Villa.

Baker progressed through the club’s centre of excellence after joining as a 10-year-old and has been playing in the FAWSL Development League for the past two years.

Oxford boss Les Taylor said: “Sophie fully deserves her chance to impress in WSL2. She has been an outstanding prospect all the way up through the age groups. She has a great attitude, she works very hard for the team.

“We are building a good young side for the season ahead with the emphasis very much on allowing our own players to get experience and to take their game to the next level. We think Sophie has every chance of doing that,” Taylor stated.

Baker added jubilantly: “What a fantastic early birthday present it was to be offered my first pro contract for the club that I love and that has been my whole life so far.”