Posted on September 7, 2015 by Adam Ellis in Women's Football | 0 Comments 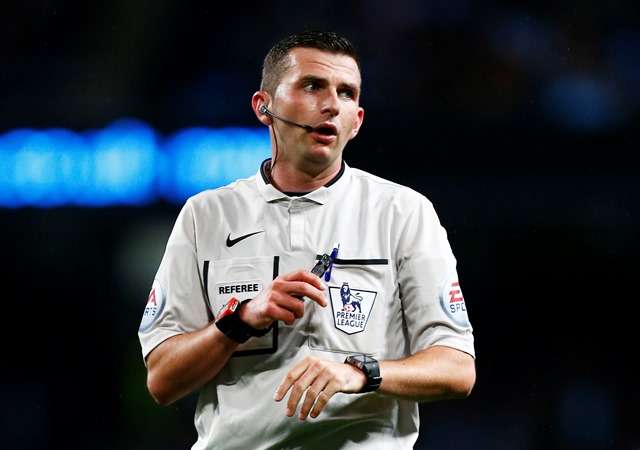 There was a bit of a social media buzz this week as Premier League referee Michael Oliver ended up running the line in Thursday’s Continental Cup game between Arsenal Ladies and Reading FC Women.

Oliver just happened to be in the stands watching the match, refereed by his wife Lucy, and when the call came over the PA for someone to step up after an injury, on came Oliver!

Being an avid follower of Non-League football this particular announcement over the tannoy is not unusual. I’ve often experienced a fan wearing mismatched socks and an old holey jumper stepping up.

But a bona-fide Premier League official answering the call from the stands is one of those “blimey” moments, especially as he’d been in his civvies just moments before.

So, social media was abuzz for a bit, but probably the most interesting conversation to come out of Michael Oliver donning the black was not whether he travels with a spare kit to every match, but whether or not men should be allowed to officiate in Women’s Football? A conversation particularly prevalent at this summer’s World Cup.

As so often happens at these tournaments, male and female, the standard of refereeing is sharply brought into focus. The views range from whether, as one blogger put it, “the policy of women-only officials has clearly lowered the quality of the product,” to “the women’s game is growing, officials need to be given the opportunity to grow with it”.

Of course FIFA’s policy at any World Cup, regardless of gender, is that referees from all over the world should and do officiate. And with that in mind, there will always be varying levels of experience and, shall we say, proficiency.

The argument being, how can we improve refereeing if you don’t give people a shot? Or, of course, in the case of the Women’s World Cup, there’s always the argument that who’s to say the male officials would be any better?

I was reminded of this only last weekend when listening in to a commentary on Non-League football only to hear a shout from the stands along the lines of “my missus could do better than that”. Maybe she could, but maybe he could too.

It would be great to get to a stage where gender is not an issue, equally to have quality officials across all nations, but for that to happen we have to create opportunities at all levels of the game, from grass-roots up for men and women.

So how do we make officiating a, dare I say it, sexy profession? One where kids stick their hands up at school and say, “When I grow up I want to be a referee?”

Money may be the answer, but we also need to sort out the levels of abuse and make it a role we all want to do, regardless of gender.