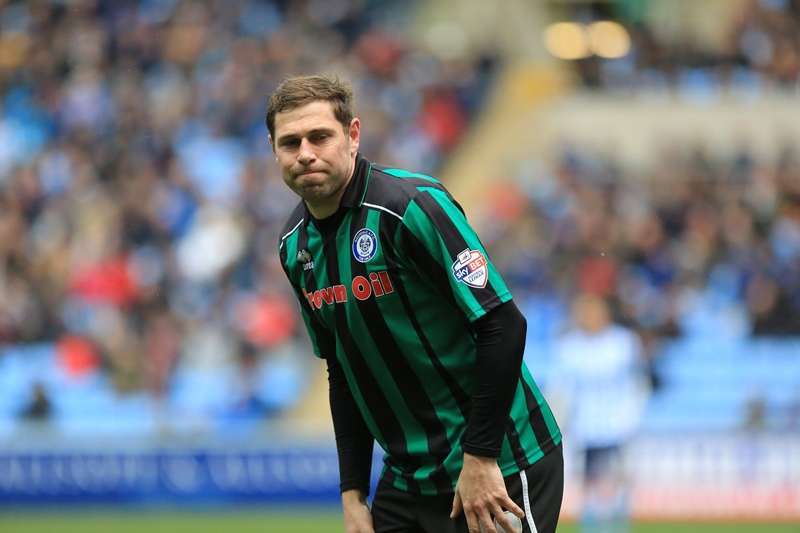 ROCHDALE’S prodigal son is back and after he netted a senior goal for the first time in 16 months last weekend, Grant Holt feels like he never went away.

Ten years ago, Holt was a Spotland revelation, scoring 14 times in 21 league games in the 2005-06 season to earn a six-figure move to Nottingham Forest.

A decade later – featuring a storming Premier League stint with Norwich and a torrid injury-hit spell at Wigan – he is back at Dale.

And the 34-year-old is back among the goals, climbing off the bench to score against Sheffield United last weekend and bringing out his ‘chicken dance’ celebration – more than a decade since it was last seen in those parts.

He’s not wrong. Holt’s last league goal had come in November 2014, during a loan spell with Huddersfield, and for a striker that’s a long time to wait.

“You never forget what it’s like to have that feeling,” he continued. “I have tried to explain it many times over the years but I don’t think I can.

“But it doesn’t matter if you play in the back garden with your kids or on a Saturday afternoon – it’s the same feeling.”

It has been a rocky road in recent years for Holt, who joined Wigan for £2m in the summer of 2013 and played for them just 21 times in the league before parting ways in January.

Loans to Aston Villa, Huddersfield and Wolves punctuated that, while an anterior cruciate ligament tear in December 2014 and a managerial merry-go-round at the DW Stadium worked against him.

Latics’ latest boss, Gary Caldwell, saw no place for Holt in his side but the experienced striker was not about to sit there licking his wounds.

“He was open and honest enough to tell me his thoughts and I took it on the chin,” he said. “I’m not the first and I won’t be the last. You get injured, then you get fit and the new manager comes in and doesn’t want to play you at all.

“I got fit and sharp at Huddersfield and then Malky Mackay wanted me to come back and play at Wigan but tragedy struck with the ACL. I have been very lucky over the years with injury but it happened to me at that time of life.

More specifically, it spurred him on to Rochdale, who began the weekend a lowly 17th in League One. However, they are also within sight of the play-offs.

“We played against a very good Sheffield United side and beat them 2-0 – and you don’t do that by fluke. We are looking at moving upwards.

“It is nice to come back and there is a little bit of added pressure because it is almost ten years since I left. I am a very different player but I have still got to show them the old Grant Holt. I have still got a lot to offer.”