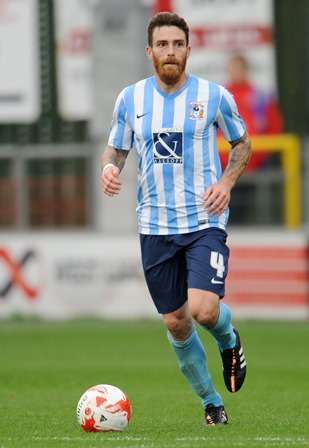 Romain Vincelot missed out on Championship football by the narrowest of margins with Leyton Orient.

Now the Frenchman is looking to take the possibility of play-off heartbreak out of the equation by securing automatic promotion with Coventry.

Vincelot, who turns 30 on Thursday, was a cornerstone of the O’s side that led Rotherham 2-0 in the 2014 League One play-off final before going on to lose on penalties.

But the takeover of Italian businessman Francesco Becchetti that summer saw the Orient Express come to a halt, and they subsequently dropped into the fourth tier.

It was agreed Vincelot could depart the Matchroom Stadium this summer if a club matched the asking price… and Coventry duly obliged.

Tony Mowbray’s side, who have added former England international Joe Cole to their ranks, are hot on the tails of the top two and Vincelot has no doubt what this season’s objective is.

“The big idea is to get promoted and of course you want to get automatic promotion,” he said.

“At this stage of the season you have to have it in your mind that you want to be promoted so you are ambitious with your game and you take every point you can.

“You can’t go into the season thinking ‘let’s take first, second or third place’; you just have to be ambitious and you know there are six spots you can get and two of them are better than the others.

“It is all about getting those points in the first 30 games; you just have to take as many points as you can.

“I think we have the quality to get automatic promotion. There is a lot of quality in the starting XI and the bench, and even those not involved, there are a lot of good players. It helps keep everybody on their toes as you need good competition.

“I think we have all the ingredients to do it, so now it is about going out there and doing it.” 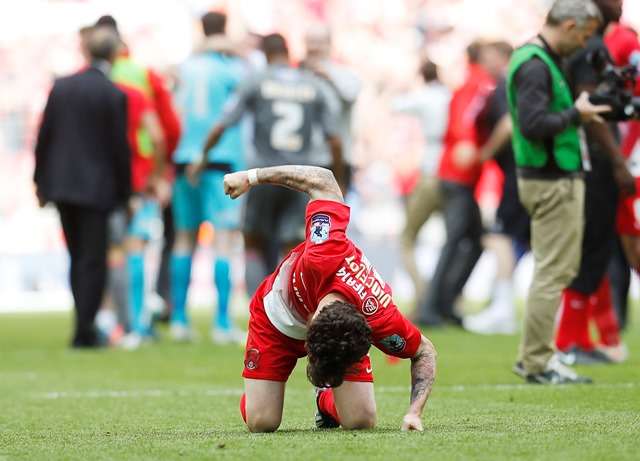 Having come so close to the Championship before – indeed, he believes he would have helped Orient up, had Russell Slade not left the club – Vincelot is more motivated than most to get there this time around.

A mediocre start to the 2014-15 campaign saw Slade put under intense scrutiny by the club’s new owner and he decided to jump ship and join Cardiff in October.

In the end, the O’s were relegated to League Two under their fourth manager of the season, Fabio Liverani, less than 12 months after a handful of spot- kicks had stood between them and the Championship.

“It was a season of frustration,” added the midfielder. “It is still hard to understand because we could have had a great season and there was time to turn it around, but there was a lot of disorganisation and everyone’s minds were all over the place because of that disorganisation in the club.

“I think unfortunately the new chairman wanted everything very quickly and we had an OK start, but things were a bit turbulent off the pitch.

“It is a shame because Russell Slade would have turned things around. But he felt that bad pressure on him and I think he made the right choice by taking the opportunity to go to Cardiff, who were a great club that put their trust in him. For him to leave, it was a no-brainer.

“But I have a really good relationship with the fans at Orient and hopefully one day I will see them for a game or to speak to them again.

“They have had a good start this season so hopefully they can come back into League One.”