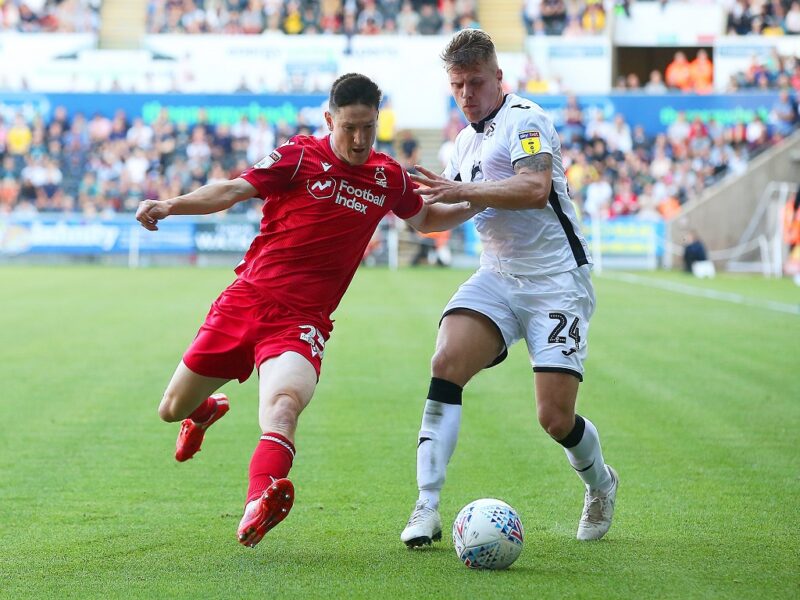 I’ve not been at the club for very long at all as I only signed in the summer, so that’s a difficult one to
answer to be honest.

I’d probably have to say Grimesy (Matt Grimes) – he’s obviously the captain and he’s helped me settle in really well, which has helped me a lot.

Again this is tough as I’ve not been here long. From what I’ve heard though, Connor Roberts isn’t always the first to put his hand in his pocket! I’ve not seen that for myself just yet though.

I’ve seen George Byers walking around in some highly questionable tracksuits. Some of them have been extremely lairy and rather questionable to say the least!

There’s a couple for this to be fair – George Byers is one who’s really into his house music so he’s a definite contender.

Connor Roberts also has a few tasty mixes which always go down well in the dressing room.

I think the lads are generally pretty good to be honest!

Everyone normally arrives on time and I’ve not yet seen anyone turn up late since I’ve been here.

If I had to say someone though it would be Andre Ayew – he’s always turning up at 29 minutes past the hour just before we start, so if I was a betting man I’d say him.

That’s probably the captain – Grimesy again. I guess he is the captain so it’s his job to be the teacher’s pet. It’s one of those things that’s got to happen, I guess.

Nathan Dyer is
always throwing a few shapes, so it’s got to be him.

This is a really tough one! From what I’ve seen so far I think we’ve got a pretty sensible bunch of lads.

I would have said Oli Mac (McBurnie) but he’s obviously left for Sheffield United, so it’s probably going to have to be George Byers again. He’s a confident lad and always looking to do something.

I’m really not much of a gamer to be honest, and most of the lads who do play are more into Fortnite
at the
moment, but that might change.

I’ve not actually seen anyone play FIFA since I’ve come here so I’ve got no idea, I’m afraid.

You see so many of them these days you don’t even look at them any more! The chef’s got a good Jack Army one on his arm, which is probably the best I’ve seen.

I’d have to go for Grimesy again – he works really hard at his game and I think he understands the game well.

He’s a total football man, and I think if he was a manager he’d look to play the way we like to play and want his team to get on the ball. I can see him being a good manager.