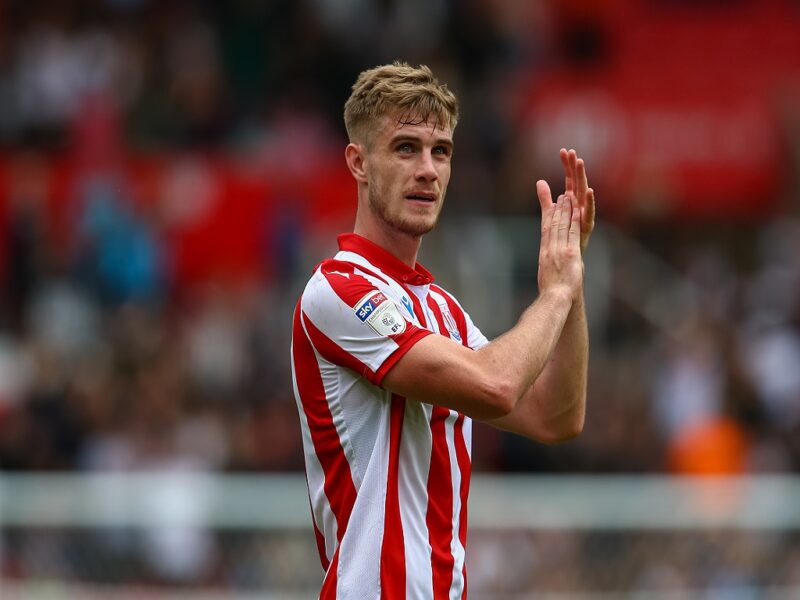 Stoke City centre-back Liam Lindsay wants his team to cut out defensive errors and frustrating defeats to get their season back on track.

Lindsay, who joined the club from Barnsley this summer, has made six appearances as Stoke have struggled to improve on a disappointing campaign last season.

Without a win and bottom of the table, Lindsay hopes the international break will act as a fresh start and a chance to improve their fortunes.

“We have been performing okay, but not actually seeing games out, and we’ve been saying that too much.”

Dropping points has been a familiar story for Stoke fans with The Potters having already surrendered six points from winning positions this season.

“It’s getting really frustrating now, but it will happen, sooner rather than later.

“We’ve had an opportunity to get away from it all with the break, and sometimes it’s good to do that.

“We have since come back into training and it has to be seen as a new start for us.

Manager Nathan Jones is under increasing pressure for results now nine months into the job he left League One champions Luton Town for.

However, Lindsay is quick to defend his manager stating, “It’s down to us players really – we need to take responsibility because it hasn’t been good enough”.

Conceding 15 goals in the opening six games shows a defensive vulnerability that Lindsay hopes to address.

“We need to come together as a group, be hard to beat, be aggressive, be nasty, and it all starts with clean sheets really”.

Stoke City return to action with a tough assignment against high flying Bristol City on Saturday.