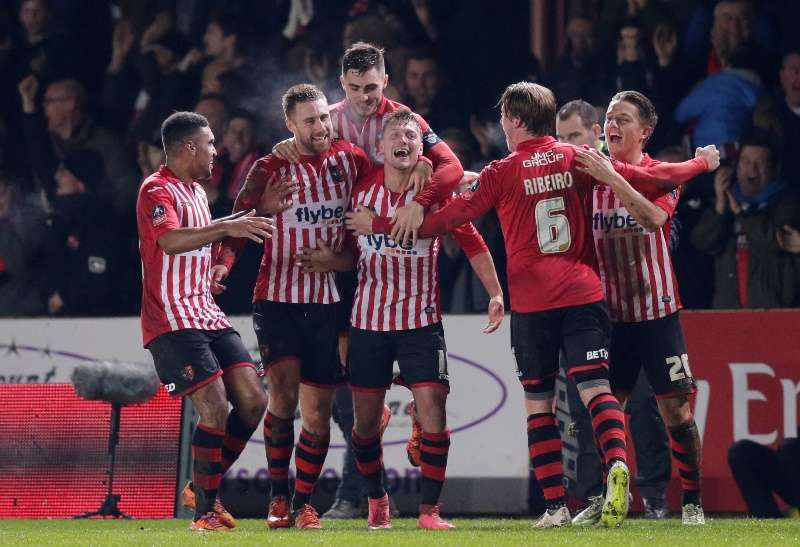 AFTER two decades of professional football, Jamie McAllister is ready to fulfil a boyhood dream and play at Anfield.

McAllister, pictured below, began his career at Queen of the South in his native Scotland 20 years ago, enjoyed long stints with Aberdeen and Bristol City and even a brief spell with India’s Kerala Blasters in 2014.

Almost exactly a year ago, however, he returned to these shores to join Exeter.

Fast forward to this month and the 37-year-old full-back – gradually returning to fitness from a hip flexor injury – sat on the bench as the Grecians hosted Liverpool in the FA Cup third round.

And while Brad Smith’s late leveller denied Exeter victory, it did throw up a money-spinning replay for the League Two side and a dream trip to the North West for McAllister.

“Getting my cap for Scotland, winning at Wembley with Yeovil and getting promoted with Bristol City, I have been fortunate to have some great moments,” he said. “But winning at Anfield would be up there.

“You don’t get the opportunity to play at Anfield every day and I have never played there in my 20 years in the game.

“Growing up as a boy I liked Liverpool, I liked the way they played, and Anfield always seems to be an unbelievable atmosphere.”

And after turning out against Morecambe on Tuesday – his first appearance for more than seven weeks – a fit-again McAllister is in the frame for a starting berth.

He continued: “You want to be starting but my little boy Reuben just told me ‘you better play against Liverpool at Anfield’. It’s exciting for someone even at my age.” 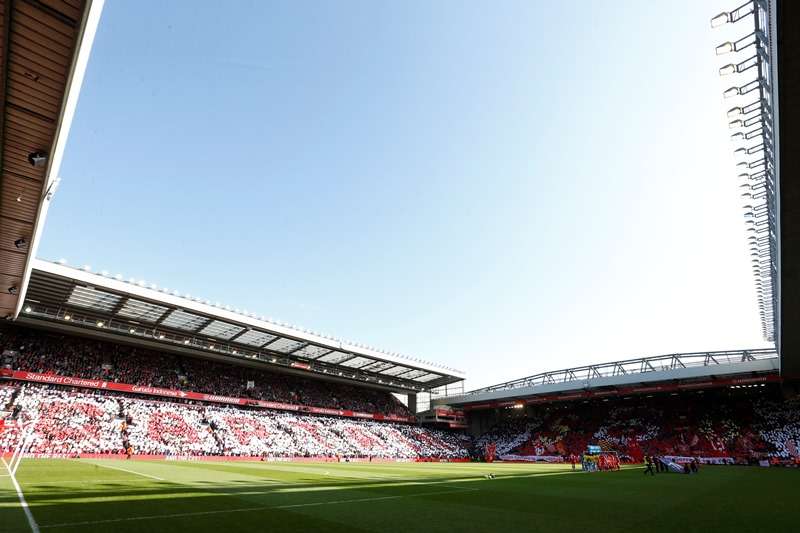 Anfield awaits: Carlisle and Northampton have provided a stern test on the Anfield turf in recent cup clashes (photo by Action Images via Reuters / Carl Recine)

The initial third-round tie was an odd one, as Jurgen Klopp named a side with just 34 Liverpool appearances between them this season – of which 21 belonged to Belgium striker Christian Benteke.

Benteke was outshone by 22-year-old Tom Nichols, who opened the scoring on his way to being named man of the match.

And while he couldn’t quite see off the Premier League giants, McAllister was not the only one to raise a smile at the prospect of a replay – with Wednesday’s clash set to earn Exeter an estimated £700,000.

“It was bittersweet,” recalled McAllister. “The boys felt they had done enough to win the game but the guys upstairs would want the replay for the revenue! It’s excellent for the club in many ways so it’s nice all round.

“There was a great buzz about the club. We have got a few young lads who have not played in games like that and to get the replay was superb.

“We have got to look at ourselves first and foremost and hopefully on the night they have an off night and we are on top of our game and get a bit of luck.

“It would be nice if there are some of their big hitters but with the fixtures they have got coming up, and a lot of injuries at the moment, I’m not sure.”

As for Nichols, all eyes will be on him on Wednesday night but it would appear a number of scouts are watching him closely anyway.

McAllister admits transfer speculation is nothing out of the ordinary at this time of year and with the Grecians’ young stars taking to the big stage, manager Paul Tisdale could face a fight to keep hold of a few.

“We have a good group of young lads,” McAllister continued. “Tom is an exciting young player, as is David Wheeler, who might be back for the replay, and Jordan Moore-Taylor at centre-half is a very good young player.

“Any one of them could go in the window but Tom gets the headlines because he scores goals. Fingers crossed he gets a few more!”