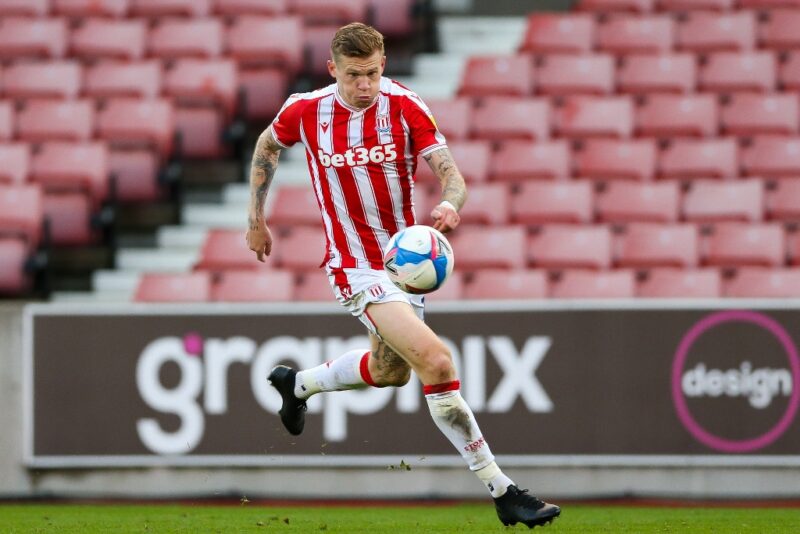 JUST under a year after arriving at Stoke City and saving them from relegation, manager Michael O’Neill is now plotting a raid on Championship promotion.

This win, as grim as it was, takes the Potters to the fringes of the top six.

There’s big games ahead at Watford on Wednesday and Reading next Saturday but, get something out of them, and the Potters are in business.

O’Neill admitted that he needed a good reaction to defeat at Swansea City in midweek – only Stoke’s second of the season – and he got it. If you believe Stoke City can piece together form in the Championship head to 888 Casino NJ for their markets on football and a lot more.

The game wasn’t pretty and the winning goal from James McClean was a bit ugly, but they all count and Stoke are piling up the points now.

But Stoke are going to have to be a lot better than this in their next two, that’s for sure.

O’Neill knows that but, at last, there is a bit of stability in what the Potters are doing and a plan to their football.

McClean isn’t always a popular figure, but he was the one who got the job done.

“We weren’t pleased with how we played against Swansea, but the good thing is that we got a reaction here,” said O’Neill.

“McClean wasn’t in great form at the start of the season and then the timing of the international break didn’t help him.

“He missed the past two games before we came into the start of the season.

“The team had done well in preparation for those games, so he had to be patient.

“McClean’s done well since coming back into the team and it was a cool finish for the goal. He’s hitting his stride now.”

O’Neill has fashioned a hard-to-beat team that was too good for Rotherham to crack.

“I might come across as a bit of a wally, but I think we will be alright,”says a defiant Rotherham United boss Paul Warne.

The Millers are a yo-yo club, up and down from the Championship on a regular basis, but look a little stronger for their experiences this season and could survive.

“To be disappointed to lose at a place like Stoke shows how far we have come,” added Warne.

“It was a poor goal to give away, route one, a freak.

“I wouldn’t blame my goalkeeper for that, it was more about how we got into that situation.

“To be honest, I think we should be six or seven points better off than we are this season, so I am optimistic.

“I do think we have enough to stay up, yes.”

There was nothing complicated about the way Stoke won it in the 27th minute with McClean’s second goal in three games.

Goalkeeper Angus Gunn hoofed the ball up field, Steven Fletcher did what he’s done for years and got a headed touch on it, for McClean to take over.

Millers shot-stopper Jamal Blackman made McClean’s mind up for him because, as Blackman came out, McClean saw that and lobbed a shot over him.

Stoke needed another goal to make the game safe, but they didn’t get it and became worried because Rotherham are certainly no mugs.

Just before McClean’s goal Freddie Ladapo did superbly well to trick his way through three Stoke defenders, avoid another one… and then slipping over.

Mickel Miller and Florian Jozefzoon were also a danger but, in the end, Gunn didn’t have a shot to save.

“It was a game that neither side wanted to lose,” added Warne.

Stoke didn’t offer a lot in the second half, but their defence was strong and Rotherham didn’t look capable of breaking through.

“Stoke are a good team with a capable squad of players,” said Warne.

But Tyrese Campbell, so dangerous in the first half, disappeared and there wasn’t a note to make in a second half that died a death, Stoke content with another win and Rotherham unable to do anything about it.

Made his full debut for Stoke and made a goal with his huge boot downfield.

At six feet five inches he makes for a solid defensive unit.

Had a word with the goalkeeper when he didn’t come out for ball in the first half.

The defender didn’t look entirely confident or durable in a back three.

The plan was to get forward as a wing-back, but he didn’t do a lot of that.

Produced a great cross that needed a more powerful header from Powell.

He needs to do more if he’s going to turn himself into regular first choice.

Good, produced a clever lob as the goalkeeper came out to put Stoke ahead.

Sold Batth intro trouble early on with a poor pass and faded after bright start.

Got the merest of touches to Gunn’s big kick for McClean’s goal.

Tested Blackman just after he’d messed up, but the keeper dealt better with shot.

Came out when he shouldn’t and made up McClean’s mind for him.

Didn’t always appreciate it when combative Fletcher came to his side of field.

A strong presence in defence, not that Stoke worried him too much.

Watched most of what Stoke threatened die in front of him.

Promised danger with his pace down the right and outfoxed Fox.

Ginger-haired old MacDonald was booked for foul on Powell then injured.

Penalty expert with two this season, but Rotherham not sharp to get him a third.

Scored twice in the midweek win over Sheff Wed. Didn’t sparkle in this one.

It was probably a cross, but became a shot that scraped the crossbar.

Wriggled past three, then another, then slipped and a good chance was gone.