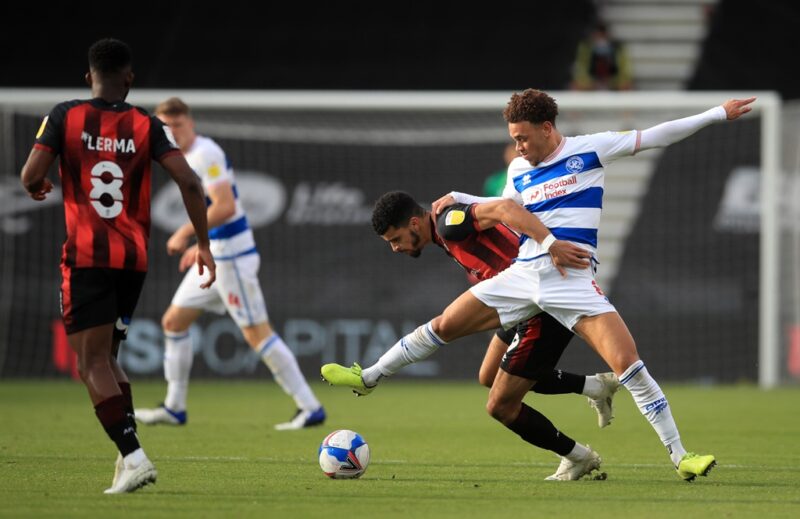 Luke Amos will miss the rest of QPR’s season after scans revealed that he has suffered a torn anterior cruciate ligament.

The midfielder managed to limp off the pitch in the R’s 0-0 draw against Bournemouth at the weekend, but QPR’s worst fears were confirmed as Amos now faces up to nine months out.

It is the second time in 23-year-old’s career he has suffered the serious injury, having first torn his ACL in his left knee playing for Tottenham Hotspur U23s last year.

The same has now happened to his other knee just as Amos had returned put a season of 34 appearances behind on loan for QPR, who made the deal permanent this summer.

QPR’s head of medical services Dr Imtiaz Ahmad told the club website: “Unfortunately the results of the scan are what we feared – Luke has ruptured his ACL in his right knee.

“Luke suffered a similar injury two years ago to his left knee before he joined us, so he is fully aware of what is required to make a successful return.

“Recovery times for these injuries can vary between seven to nine months.

“Unfortunately with that timescale in mind, it is unlikely Luke will feature again this season.”

Amos detailed the physical and mental toll the long-term injury took on him in discussion with Tottenham’s website in March 2019.

“I know it’s part of football. It is what it is,” Amos said. “I have to make sure I’m working the hardest I’ve ever worked to get back to where I was and then push on again.

“People always say ‘you’ll come back stronger’ and at the start, I thought ‘yes, I will’ but when you get into it, you really understand that sentiment. I’m pushing myself mentally and physically every day.

“It’s literally blood, sweat and tears. I’ve had cries in the gym. Mentally, it’s like a battle daily.”