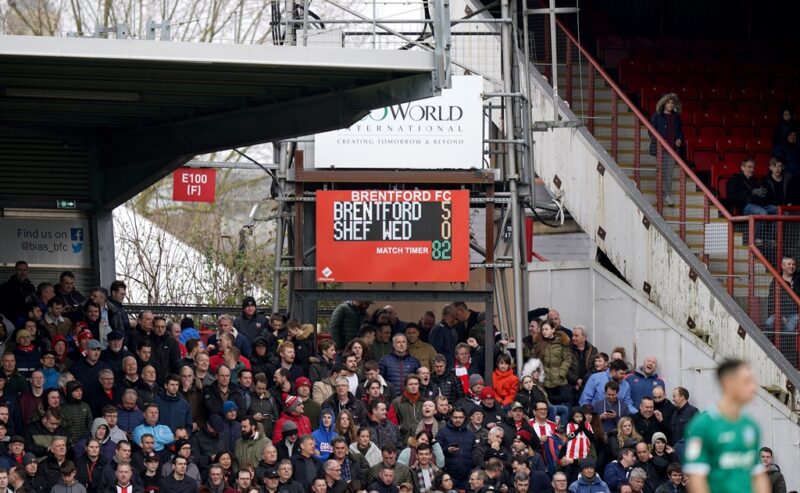 WE USED to watch the Premier League in awe. We’d stay up for Match of the Day on a Saturday night and go to sleep visualising our own football match the next morning, before stepping foot onto a near-waterlogged pitch to try and replicate what we’d seen the night before.

But now we watch the supposed ‘best league in the world’ with our hands over our eyes, deliberating the latest and most drastic change to the top-flight yet – the introduction of the Video Assistant Referee.

As if fans didn’t already have enough officials to lament, there’s now another, watching over our football like a remote hawk and stimulating more debate than the most controversial footballer ever could.

Its birthplace was actually in the Netherlands, starting off as a part-time project cooked up by the Royal Netherlands Football Association, or the KNVB.

After tests as early as 2012, it wasn’t fully incorporated into a professional match until 2016. Yet within two years, VAR completed its rapid rise into the highest echelons of football, when the 2018 World Cup in Russia became the first flagship FIFA tournament to adopt it.

Later VAR, a lightly tested and relatively unproven product, was released into the Premier League and the 4.7 billion people who consume it without much of a second thought. With these Premier League offers you can enjoy the best of the action from St Mary’s to St James’ Park.

It was exciting at first. Fans were genuinely hopeful that it would make the Premier League a better place for all, but we soon discovered that the system’s flawed.

From the time it takes to judge decisions that go to VAR, to the eerie silence it leaves on watching fans when a ‘goal’ goes in, VAR in its embryonic stages, for most, has tainted the game.

It can be quite entertaining for the neutral fan, but how many of us watch a Premier League game without subconsciously or consciously taking sides?

This 2019/20 Premier League season will no doubt go down in the annals of English football as one of the worst. It’ll be remembered by the farce that was VAR on its maiden voyage, the coronavirus and perhaps Jurgen Klopp’s Liverpool.

The impatience for spotless officiating has thrust this new world of remote refereeing upon us and now we’re playing catch-up with our own technology. But the hastiness in which it’s all come about has pushed the game’s credibility back by several years at least.

The way it’s going, it’ll soon be on its way to the Championship.

The second tier is drawing more viewers and fans from all corners of the globe and it’s soon going to demand the same officiating as the top-flight.

Several managers have already called for VAR to be introduced to the Championship, most notably West Brom’s Slaven Bilic.

The Croat, like many of his competitors, has been tortured by the state of officiating already present in the second tier, highlighting the need for an extra pair of eyes watching over the games.

But having seen the mess it’s made of the Premier League, players, managers and fans of the Championship should be joyous that they’re yet to taste VAR first-hand.

English football as a whole needs to recognise the mistakes that have been made this season and learn not to make them again.

In the Championship we have a fascinating league which is above some of Europe’s best in terms of popularity, and even quality.

VAR, in its current state, would choke the charm of the Championship, and fuel further the fiery debate that looks set to beset the game for many years to come.

This coming summer will be a huge one in terms of reviewing the footage, seeing where VAR has and hasn’t been useful, and trying to overhaul the system in time for the start of the next domestic football season.

If and when VAR is ever perfected, then great, install it in every league possible. But for now, let the Premier League carry the burden of being VAR’s test dummy.