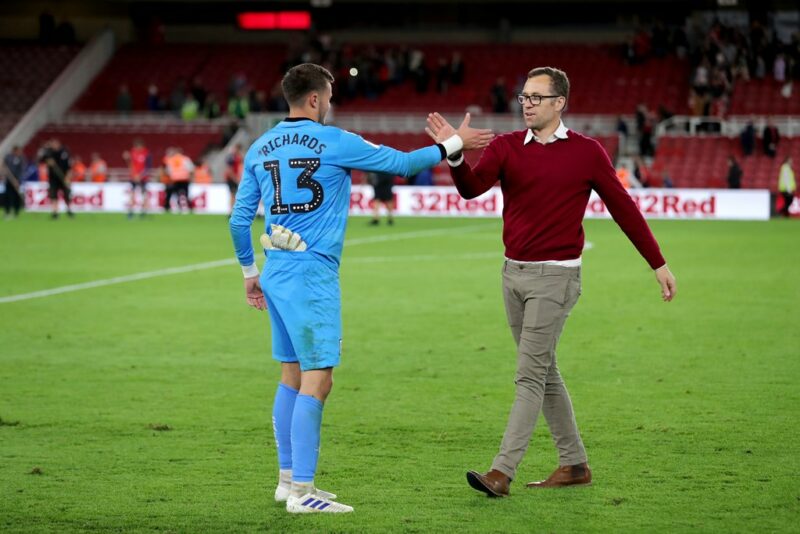 David Artell does not believe his side have a discipline problem despite receiving three red cards in the opening 11 games of the season.

Second place Crewe had captain Perry Ng sent off in the 70th minute and were shown five yellow cards in Saturday’s 1-1 draw at Cheltenham Town.

The Railwaymen have already seen Olly Lancashire and Paul Green red carded this campaign but manager Artell is not too concerned. There are an array of markets you can bet on including players who are shown a red card, to find out how to open or create a new bet365 account, check out the link.

“I didn’t think there were too many fouls in the game at Cheltenham and we ended up with five yellow cards and Perry was sent off,” Artell said.

“A lot of referees would have let some of those challenges go but he was brandishing cards like Clintons and dishing them out all over the place. You have to accept that is part of the game and it is how you handle it.”

Forward Chris Porter’s fourth goal of the season levelled the scores after Cheltenham had taken a ninth-minute lead through Gavin Reilly.

“We are not dirty, far from it and we do not have a loose cannon but are a committed team who will stand up for itself a lot more. We have to adapt but if that is our biggest problem then we will take that.” Artell continued.

Crewe are second in League Two on goal difference behind Exeter City who they face on Saturday at Gresty Road.