Paul Hurst in race to return to Shrewsbury Town 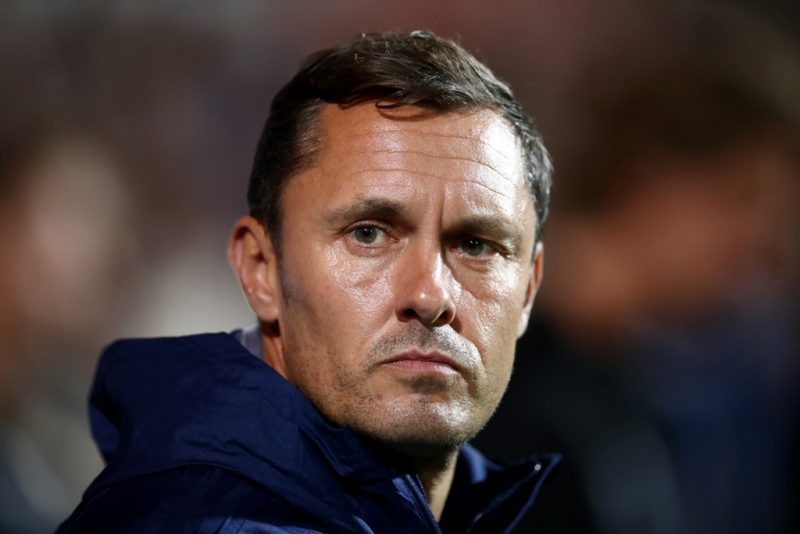 PAUL Hurst is NOT ruling out a return to Shrewsbury Town – despite a scathing attack from CEO Brian Caldwell.

Hurst, 44, led the Shrews to the League One play-off final and the Checkatrade Trophy final last season before leaving to join Ipswich in June.

He was replaced at Montgomery Waters Meadow by Macclesfield manager John Askey, but both moves swiftly turned sour.

Hurst was sacked after one win in 15 games, while Askey lasted just six more before being dismissed at the start of the week.

An initial clamour for Hurst’s return, however, swiftly withered when Shrews’ chief executive Brian Caldwell painted a damning picture of his exit.

“Paul cleared his office the day before the play-off final,” he said. “He then jumped in his car, which was full with his things. There’s no doubt interviews had taken place.

“You have lost that trust with someone doing something behind your back for such a length of time, especially at such an important moment for the club. It’s too soon for Paul to come back.”

However, a poll saw 66 per cent of supporters vote for Hurst’s return, whilst a source close to the club said that “the majority” of staff and players are also keen.

“Everyone – even the chairman himself – wanted Paul back at the club,” they said. “The players would all be right behind it too. But Brian is absolutely adamant that there is no chance of Paul coming back.”

Hurst’s agent, meanwhile, confirmed that “contact” had been made with Shrewsbury – and said the former Rotherham man is also in the frame for the vacant jobs at AFC Wimbledon and Notts County.

“I’ve had initial conversations with all three clubs,” said Lee Philpott. “And there has been interest from all three clubs. Nothing has moved forward yet, but I’d expect things to ramp up next week.”

Flynn, 38, saved the Exiles from relegation to the National League in 2016-17, led them on a giant-killing FA Cup run last term and is currently challenging for promotion to League One.

“It is flattering if you’re linked with a job at a higher level,” said Flynn on Friday. “It just goes to show how well we’re doing – myself, my staff and the players. But it’s something that as far as I know is just speculation. Nobody has approached me.”

Flynn, though, has spoken before of his ambition to manage at a higher level and it is understood that the Welshman would be open to an approach.

For Askey, too, there seems little chance of a return to Macclesfield, despite leading them to the National League title last term. 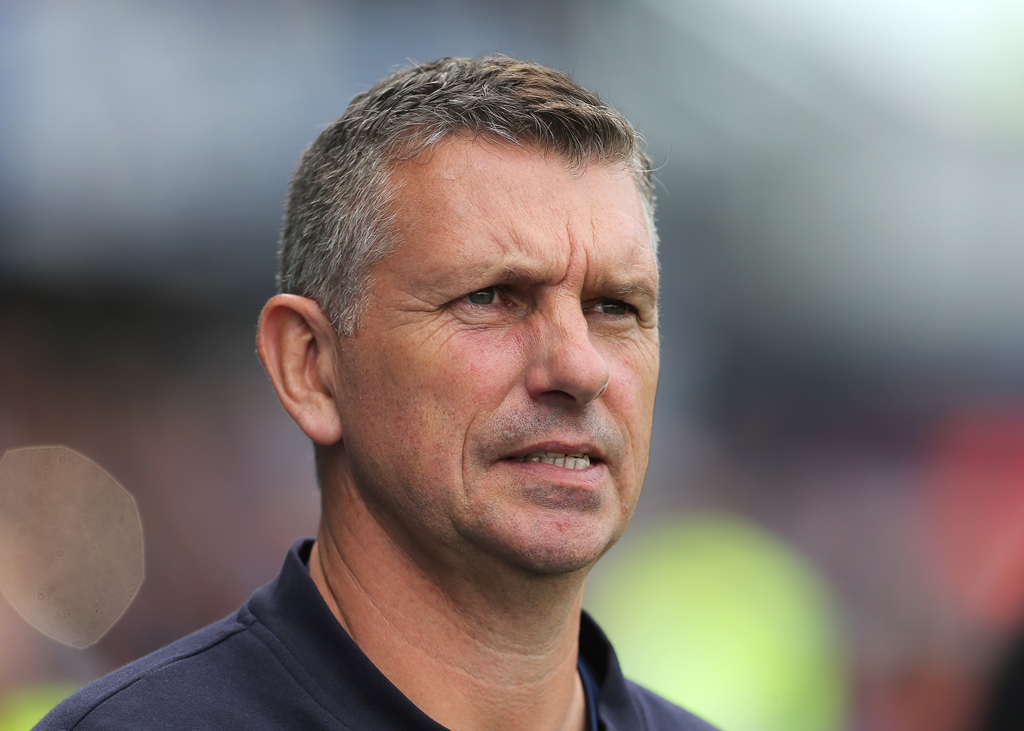 Linked to the job last month whilst still in post at Shrewsbury, the 54-year-old said Moss Rose was the “last place” he wanted to be.

“I’ve got no thoughts about going back to Macclesfield at all,” said Askey, who never saw eye-to-eye with chairman Mike Blower. “That would probably be the last place I’d want to go at the moment – it is ridiculous.”

Askey’s dismissal – after an FA Cup draw with Non-League Salford – came during a crazy spell that saw FOUR EFL managers lose their jobs within 24 hours.

Phil Brown was the first to go. The former Derby, Hull and Preston manager was sacked by Swindon just eight months after taking charge – and swiftly replaced by former Leicester midfielder Richie Wellens.

The 38-year-old was at the helm as Oldham were relegated from League One last season and is the Robins’ fifth permanent manager in as many years.

“I will be labelled as the manager who took Oldham down, but I think that’s a bit harsh,” said Wellens. “I took over a situation where we were rooted to the bottom of the table. A group of players who’d won one and lost nine of their last 11 games.

“I gave them confidence, gave them belief. My aim was to get 50 points, and we did that. Sadly, it wasn’t enough. But I think I showed potential and that’s what got me the opportunity here.

“There are six weeks between now and January. I’ll give everyone a chance. If they play well, great. If they show that they’re getting there, good. But if they can’t take on board what we’re after then we might have to make a few changes.”

At AFC Wimbledon, Neal Ardley’s six-year reign came to a sad end, despite an FA Cup victory over Haringey Borough that halted a seven-game winless run.

“Neal is a clear thinker, a superb man-manager and a fine coach,” said Dons chief executive Erik Samuelson. “I’ve enjoyed working with him and am absolutely certain that he will achieve even greater success in his next roles.”

Lee Clark, the former Huddersfield, Birmingham and Blackpool manager, is favourite for the role and is believed to have spoken to Samuelson, a fellow geordie.

“There was certainly no lack of effort on Harry’s part, but it just wasn’t working out,” said Hardy, who had previously hailed the Aussie legend as the club’s ‘long-term’ solution.

“Given our position in the table there was no point carrying on when we could not see the landscape changing.”

Hardy – who is seeking the club’s sixth manager in the space of three years – has already interviewed four ‘quality’ candidates, with Ardley and, surprisingly, Nolan amongst those in the frame.

Michael Appleton, who led Oxford to promotion from League Two in 2016 and recently resigned as assistant manager at Leicester, met Hardy for informal talks on Tuesday.

The 42-year-old subsequently ruled himself out of the running to focus on securing a Championship job, but Hardy remains hopeful he can be convinced.