Dunlavy column: ‘Hughton restores dignity in the way fans feel about their club’ 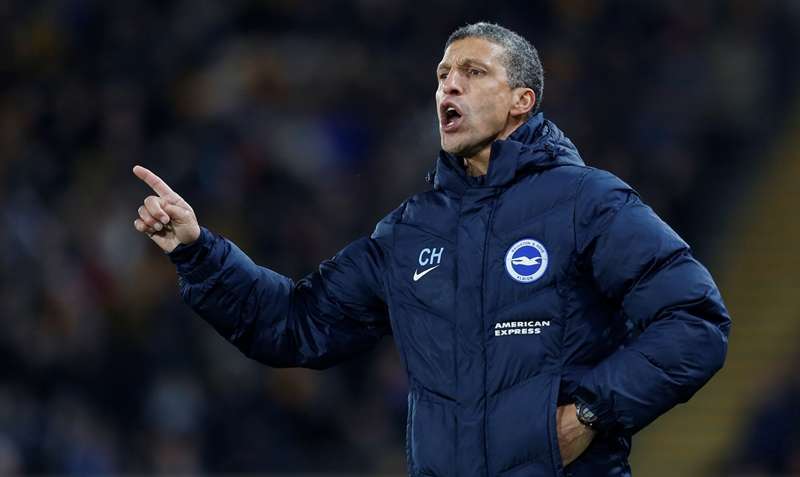 WHEN Chris Hughton was shabbily shown the door by Mike Ashley in 2010, former Toon chairman Freddie Shepherd piped up to defend his successor.

“I like Chris Hughton, he’s a great guy. In fact I’ve not met anyone as decent as him,” said the man who sacked Bobby Robson. “Maybe he’s too decent. He’s too nice a guy and that was his downfall.” A property tycoon who scrapped his way to the top, Shepherd’s views on success are understandable. In his line, nice guys usually do finish last.

It’s tempting, too, to assess the achievements of Brian Clough, Alex Ferguson or Jose Mourinho and deduce that bullying, hectoring, petulance and tyranny form the bedrock of a successful managerial career.

Yet the idea that Hughton is somehow undermined by decency is nonsense. In fact, it is the source of his strength.

Hughton is an adept tactician. His sides, though rarely expansive, are invariably well-drilled and difficult to beat. Arriving at Brighton last winter, he instantly realised the continental passing game instilled by Gus Poyet had been wrecked by poor recruitment. Ripping it up and going back to basics was a masterstroke, yet Brighton’s rise to second in the Championship is also a direct result of the characteristics so disparaged by Shepherd.

Hughton’s inherent decency and respect for those he works with brings everyone – staff, players, fans – together.

At Newcastle, he took charge of a bloated laughing stock with a reviled owner and mutinous fans. He ditched the mercenaries, won promotion and left them in tenth spot.

At Birmingham, things were even worse. A chairman in jail on the other side of the world, cash disappearing into a black hole and no scope for transfers. He still reached the play-offs.

Hughton gives fans dignity and self-respect. He gives them something to be proud of, irrespective of the mayhem.

He gives players responsibility and impetus. Players aren’t scared of him. They want to succeed for him. Letting the 57-year-old down would be like telling your kindly grandfather you’d been arrested for stealing hubcaps. When did you last hear of unrest in a Hughton dressing room? “Everybody liked Chris,” said Toon skipper Kevin Nolan. “He was very popular, not just with the players but everyone who worked for the club. Everybody went the extra mile for him without even realising they were doing it.”

As Brighton  gear up to pass Newcastle, perhaps Shepherd will reflect that the Toon lost a lot more than a good coach all those years ago.