Posted on January 4, 2016 by Adam Ellis in Columnists, Features | 0 Comments 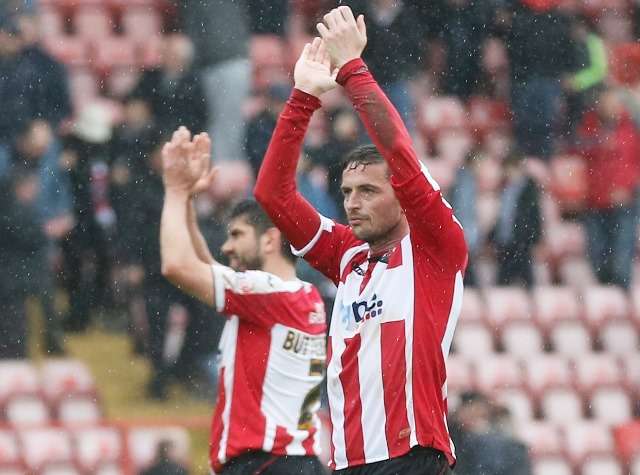 ACCORDING to Gordon Strachan, Matt Oakley was one of the greatest midfield schemers of his generation, a man denied England honours only by injury and superstar competition.

“Matt was a tremendously talented footballer and a big, big player for us,” said Strachan, who managed Oakley for three of his  11 years at Southampton.

“People used to talk about Wayne Bridge and James Beattie, but Matt was as influential as both of them. And when you talk about English midfielders of that period, I don’t think anyone apart from Frank Lampard at Chelsea was as good.”

He wasn’t the only one. Every manager from Billy Davies to Sven-Goran Eriksson has put their trust in a player whose quiet quality underpinned their sides.

Yet if the 38-year had gotten his own way as a teenager, he’d be making plans of a different sort for a living.

As a 15-year-old on the books at Arsenal under the tutelage of Pat Rice, Oakley should have been living every kid’s dream.

Instead, the monster commute from rural Hertfordshire and the diet of non-stop football sapped all joy from the experience.

“I had to leave school early, then jump on buses and trains to meet my dad who’d take me to London for training,” recalled Oakley, whose YTS classmates at Highbury included Lee Bowyer and Stephen Hughes.

“It became a chore and I stopped enjoying it. It sounds mad but it reached the point where I actually wanted to focus on my GCSEs instead. I liked football, but I was more into art and graphics. I wanted to be an architect.”

Oakley did return to his studies, even turning down an approach from Southampton. That was when his mum, Sally, stepped in and urged him to give football one last shot.

Oakley grudgingly relented and, just two years later, was making his first-team debut in a Premier League match against Everton.

Housed in communal digs with other uprooted young lads, his love for the game had been instantly rekindled.

Nor did it hurt having Matt Le Tissier for a mentor. Assigned to clean the great man’s boots and kit, Oakley benefitted from both ‘Le God’s’ wisdom – and his wallet.

“I always vowed that, when I got to be a pro, I’d look after my apprentice well,” wrote Le Tissier in his autobiography. “And the one who did best out of me was Matt. I gave him a bonus of £5 for every goal I scored from 1993-95, some of my best years, which cost me a fortune!”

Like his boss, Oakley loved life with Saints. Over 12 years, he made 311 appearances and in 2003 was part of the side beaten  1-0 in the FA Cup final by Arsenal.

“While other players got the plaudits, he went about doing his job,” added Strachan. “It’s easy to jump into tackles and kick people in the air but he likes to receive the ball and pass. He’s brave on the ball. He’s got a big heart and plays football the way I like it.”

Sadly, disaster struck just as Oakley was hitting his peak. In September 2003, he ruptured knee ligaments in a match against Middlesbrough.

Various set-backs and complications eventually cost Oakley two years and, by the time he returned, Saints were in the Championship.

At 29, he would play just 19 more top-flight games, but the highlights were far from over. In 2007, he skippered Billy Davies’ Derby to a shock promotion to the Premier League.

“We had a young side and Matt was a very vocal, very experienced leader,” said Davies. “He was vital to our success.”

Two years later, he again donned the armband as Leicester romped to the League One title under Nigel Pearson, netting a career-best eight goals along the way.

Other highlights at the KP Stadium included a Championship play-off semi and winning the trust of Eriksson, who used Oakley as a de facto assistant during his time in charge of the Foxes.

“It’s important for every team to have people like Matt,” said the former England boss. “He is not only a good player but an excellent professional. He has a positive influence on his colleagues.”

Oakley has spent the last four seasons under his old Saints comrade Paul Tisdale at Exeter, lining up against players who weren’t even born when the midfielder made his debut.

Plans are already in place for a life beyond football. Oakley runs a wine company and also has business interests within the golf industry.

A coaching role with the Grecians has been discussed and, last year, Oakley stated his intention to study sports psychology at university.

That though, is for the future. Last season saw Oakley clock up 45 appearances, the best tally of his 20-year career. He wants to play beyond 40.

Tisdale said: “I want to get every last drop out of him that I can!”