Where are they now? Millwall’s Division Three promotion winners 1976 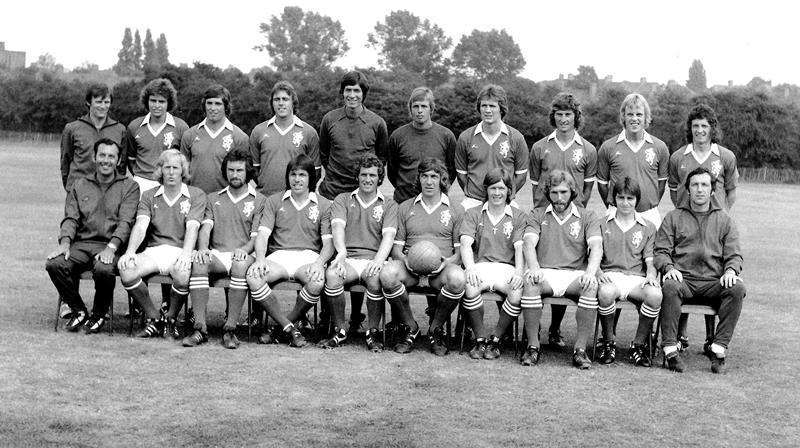 PHIL SUMMERILL is the first to admit he was never the most popular player that ever wandered down Cold Blow Lane to play for Millwall.

But that changed for a short while when he scored the vital goal against Swindon in their last game, which helped secure the Lions a quick return to the Second Division.

After being relegated the season before, Gordon Jago’s side bounced straight back with Summerill netting his tenth of the season at Swindon.

“I know I wasn’t a fans’ favourite, but I really enjoyed playing for Millwall,” he said. “There were plenty of ups and downs during my time.

“When I scored at Swindon, it wasn’t long before full-time, but I got besieged by Millwall fans. It was like being at the bottom of a ruck and I had everyone on top of me.

“It was in the days when the fans used to come on the pitch and they all had to get off the top of me so the game could restart.

“Swindon had something like a 40-game unbeaten record at home and we went and won there. Most of the crowd were Millwall fans.”

Summerill earned himself a bonus for becoming the first Millwall player into double figures, but would it be enough to claim third place behind Hereford United and Cardiff City?

The Lions, who had held off Brighton, then faced an anxious wait for South London rivals Crystal Palace to finish their fixtures.

“We were resigned to not going up because Crystal Palace were a good team in those days and they had games in hand. They were also home games but they failed to win them, so we got promoted.

“I was living in Petts Wood at the time, I can remember trying to find someone to go out with to celebrate, but everyone had long gone away on holiday. It was a funny old season because we had good spells and not-so-good spells, and when we were on those runs we really felt we were unbeatable at times,” he added.

Barry Salvage: Winger who was player-manager of three Norwegian sides. He was living in Eastbourne, working as a taxi driver, until he suffered a fatal heart attack in October 1986, aged 39.

Gordon Hill: Winger who has spent many years in the States in Florida and Texas, working as a tennis and football coach. He now runs a football academy there.

Trevor Lee: Forward who is still based in south-east London where he has worked as a locksmith and then as a carer. Still a regular visitor to The Den.

Phil Walker: Midfielder who lives in Southfields, near Wimbledon, and has coached in the States and Portugal. Now runs his own academy and coaches youngsters at Fulham.

Ron Davies: Forward who was a demolition worker, then moved to the States coaching in schools and as a painter in Albuquerque, New Mexico, where he died in May 2013, aged 70.

Chris McGrath: Northern Ireland international winger who worked at an armaments factory, before moving to GlaxoSmithKline in Ware, Hertfordshire.

John Seasman: Midfielder who was a regional manager for Football in the Community, then chief scout at Tottenham and Blackburn. He has since become a football agent.

Tagged Millwall, Phil Summerhill, Where are they now?

3 thoughts on “Where are they now? Millwall’s Division Three promotion winners 1976”