Dunlavy column: The political game is bias in its double standards

Posted on November 3, 2020 by admin in Columnists, Featured, Features | 0 Comments 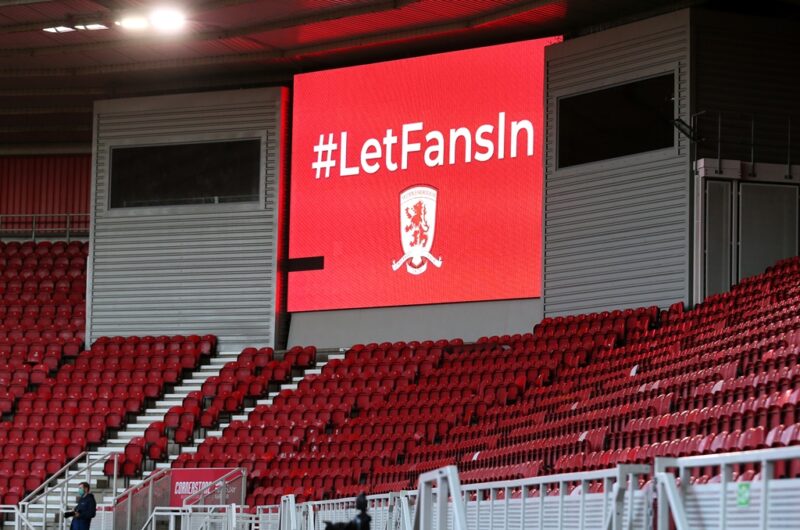 IT SOUNDS so simple, doesn’t it? The EFL is skint. The Premier League is rich. Throw a handful of change into the gutter and – boom – problem solved.

That’s certainly the narrative the UK government would have us swallow. “We have been clear that professional football has the means to support itself,” said a statement from the Department for Digital, Culture, Media & Sport this week.

“Our focus is now on supporting those sports and sectors that need it most and can not look after themselves. We urge the EFL and Premier League to finalise a deal as soon as possible.”

Those comments were issued in response to a stinging broadside from EFL chairman Rick Parry, who accused the government of double standards over its £1.5bn aid package for the arts sector.

Parry also complained about the “frustrating and perplexing” decision to ban supporters from football stadiums whilst allowing audiences into indoor venues such as theatres.

“While football grounds in Rochdale, Grimsby, Mansfield and Carlisle might seem an awful long way from Glyndebourne or the Royal Ballet, they are nonetheless equally important parts of our nation’s heritage,” he said.

It has been argued in some quarters that Parry is wrong. That cinema, already squeezed by rival streaming services, has nowhere left to turn. That ballet and theatre exist purely for a live audience. And neither enjoys the sort of revenue pulled in by the Premier League’s global broadcast deals.

That may be true. But it is also true of every club in League One and Two. They, too, have been suffocated by wealthier rivals further up the food chain. They, too, are out of options.

Just ask once famous names like Oldham Athletic and Bolton Wanderers, whose traditional supporter base has gradually leached away to the ever-spreading roots of Manchester’s twin giants.

Nobody is watching them on TV. Nobody is buying sponsorship. They exist, like ballet or theatre, exclusively for the matchday punters whose pie, pint and programme staves off a monthly brush with oblivion.

If the only thing standing between EFL members and bankruptcy is the generosity of a rival organisation, that organisation – by definition – has huge power to make demands and set terms. As illustrated by the emergence of Project Big Picture last month, those conditions could easily prove damaging to the long-term health of the game.

Reserve teams in the lower leagues. The replacement of the Championship with a Premier League 2. An 18-team top-flight. All were mooted in early drafts of PBP. None would benefit the EFL.

Yet as the weeks run on and the money runs out, what alternative will those clubs have but to sign away their silver?

When that £1.5bn was handed over to the arts, secretary of state for DCMS Oliver Dowden did not demand a say in which plays could be staged at the Globe. When independent cinemas received £30m, Prime Minister Boris Johnson did not insist on a life’s supply of popcorn or a review of the PG rating.

That is why the government cannot reasonably equate a Premier League bailout with a no-strings rescue package from the treasury.

By banning crowds and publicly refusing to offer any financial assistance, the government is leaving EFL clubs at the mercy of a rival company whose most influential members seek only to further their own interests.

It is a dereliction of duty.