Home / Features / Columnists / Allardyce column: Dugout? It’s much easier to evaluate from the stands as a coach

Allardyce column: Dugout? It’s much easier to evaluate from the stands as a coach

Posted on October 8, 2020 by admin in Columnists, Features | 0 Comments 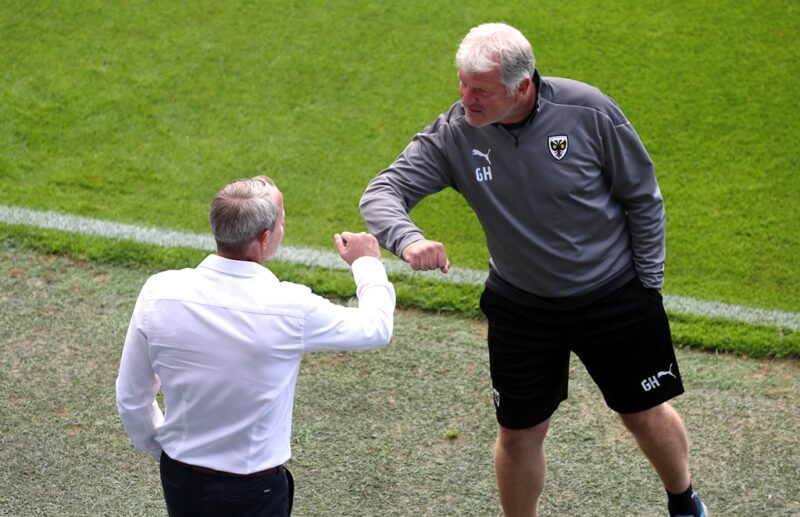 I KNOW exactly how Neil Warnock and David Moyes must have felt trying to manage their teams from home.

I did it myself whilst manager of West Ham. Not because of Covid, obviously, but due to a severe chest infection. I couldn’t move, couldn’t get out of bed.

I had a live link to the game in my bedroom so I could get on the phone to my assistant Neil McDonald.

We played Swansea away and I think we drew 1-1. But it was murder being at home – for me and for Neil. He wanted to concentrate on the game, not keep answering my phone calls!

You’re seeing things constantly and your natural instinct is to ring every two minutes and say ‘Be careful about this’ or ‘Watch out for that’. But I had to stop myself and let Neil make his own decisions.

Part of the problem was that we both had a different view of the game. He was in the dugout, but cameras film from above.

Personally, I’ve always preferred to watch a game from the stand. It’s much easier to see and understand what’s happening. I even used to have a TV with a ten-second delay, so I could review what had happened and communicate that to the bench.

The only place I didn’t do it was at West Ham, because the fans moaned that a manager should be seen on the bench. The owner said ‘Things will be much better for you if you just go along with it’. He was the boss, so that’s what I did.

From then on, I sat one of my trusted coaches or analysts in the stand, with an earpiece connected to me downstairs.

But – realistically – every manager should be up there. All the rugby guys do it, with their own information and data streams coming into a special box.

A manager could have a much greater influence on a match that way, but you’d need to persuade owners to build the infrastructure and persuade fans to abandon old ideas.

If a British manager did it, it would be ‘Who does he think he is?’. What you need is someone like Pep Guardiola or Jurgen Klopp to start doing it, then it would be seen as progressive and might start a trend.

Sam Allardyce is an ambassador for My Club Group, who provide goods and services to help grassroots sport clubs survive, revive and thrive. www.myclubgroup.co.uk