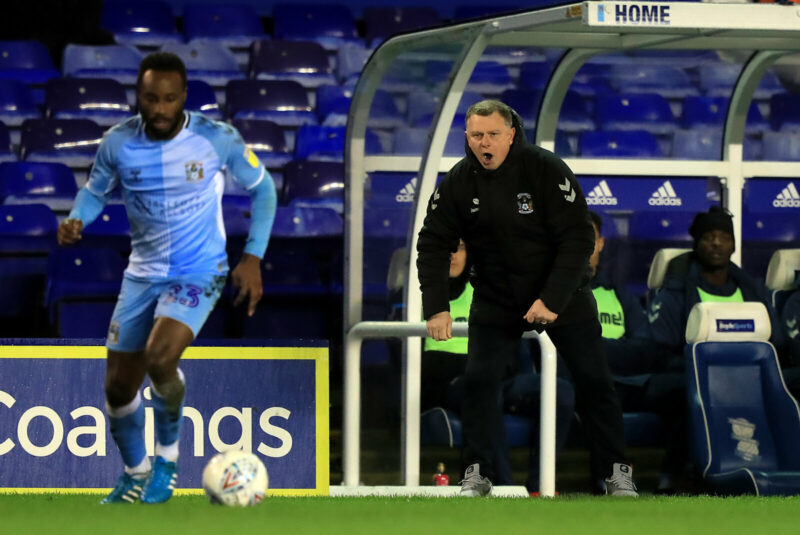 I came up against Mark Robins several times in my playing days, and I always remember him as the quiet assassin.

He never really said much, got booked or upset anyone. He was small in stature. But he always gave as good as he got and he always scored a goal.

As a manager, he’s very similar. He’s not someone who shouts from the rooftops and talks about himself. He’s never given many column inches away. But he loves doing his job. He’s massively passionate about football. And you know there’s a lot of steel behind those eyes

What he’s done at Coventry City this season is astounding. This is a club with no money. With no home ground. With owners in Sisu that the supporters can’t stand.

Yet they went into the EFL break top of League One with just three defeats all season. If you’ve backed Coventry to be a force this season and reaped the rewards, try your hand at Busy Bee Bingo.

For Mark to be able to galvanise those players, to scratch around for signings, to work with loans and youngsters, yet still get them organised and set up to win games – it’s a remarkable achievement and he doesn’t get anywhere near enough credit.

If he was doing a job like that in the Premier League everybody would know about it and you just hope he gets his just rewards somewhere down the line. By that, of course, I mean a chance to operate on a meaningful budget.

I know from experience that Coventry have immense potential. When I played there in the 90s, we were getting crowds of 25,000 at Highfield Road. Brian Richardson, the chairman, would buy four or five players every year.

The recruitment was excellent – we had people like Robbie Keane, Mustapha Hadji, Magnus Hedman – and they’d survive by acting as a stepping stone.

It all unravelled, which has been heartbreaking. But I honestly believe those days can return. The fanbase is there. It’s a one-club city.

What they need is new owners. New investment. Someone who can envision a long-term plan, build a home and an infrastructure.

As a business offering it doesn’t make an awful lot of sense, which is why you need someone with a footballing heart; a fan of the game with bags of money who is in it for the thrill, not for the profits.

Those people are thin on the ground but I sincerely hope Cov can find one.