Home / Latest News / Skybet League 1 / Charlton Athletic / Dunlavy: Charlton – out of the frying pan and into the fire

Dunlavy: Charlton – out of the frying pan and into the fire 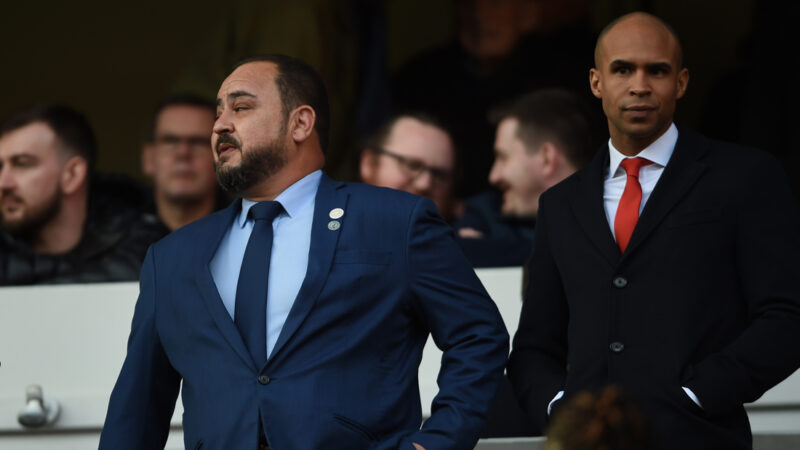 Charlton Athletic are rarely far from a crisis. Never, though, has optimism dissolved into despair so rapidly.

Hailed as saviours when they deposed the reviled Roland Duchatelet in November, owners Tahnoon Nimer and Matt Southall are already making Addicks fans feel nostalgic for the Belgian miser. Duchatelet, whilst reluctant to put his hand in his pocket, was at least demonstrably loaded.

As Nimer and Southall’s spectacular public spat demonstrates, it is increasingly unclear whether the new owners have any cash at all. And that could be far worse.

Positivity ran riot when Nimer, an affiliate of Dubai’s ruling family, paid Duchatelet a reported £50m for a 65 per cent stake in the club. Southall, a former agent who fronted the bid, took the other 35 per cent and installed himself as chairman.

Yet any illusions that the pair – collectively known as East Street Investments – would bring harmony to The Valley were shattered this week. First, Nimer demanded that Southall resign, alleging ‘financial irregularities’. On Tuesday, Southall hit back with a statement on the club’s official website announcing that Nimer himself had resigned as a director.

In it, he claimed that Nimer was yet to satisfy the EFL in respect of the source of his funds, had failed to provide “one penny” of his promised investment and that the club was operating under a transfer embargo.

Nimer then expanded on his earlier claims, accusing Southall of using Charlton’s money to fund his lifestyle, including the rental of a £150,000-a-year flat in London.

“Due to Mr Southall’s actions he no longer has my confidence or trust,” said Nimer, who threatened to withdraw his financial backing until Southall voluntarily resigned.

Various slings and arrows have since been lobbed across the highways and byways of modern-day media, culminating in police being called to The Valley on Thursday after Nimer’s legal team attempted to have Southall removed.  Both men have unleashed lawyers.

Trying to dredge facts from such muddied waters is a painful business, but some things we do know for sure. Firstly, Southall has been paid £90,000 in consultancy fees, of which £50,000 was a bonus for completion of the takeover. He is also using club funds to lease a £97,000 Range Rover and rent the aforementioned flat, which has been used by other club employees.

Nimer, then, may genuinely feel that Southall cannot be trusted to invest his money responsibly.

Having allegedly disagreed with Southall’s decision to extend the contract of manager Lee Bowyer, he may also want a greater say over on-field issues. He may simply want a bigger slice of the pie and be using the allegations to lever Southall out of his role.

Whatever the motivation, by holding the club to ransom, Nimer has placed his junior partner in an almost impossible position. Ken Anderson, the former Bolton chairman, successfully pulled a similar stunt in manoeuvring co-owner Dean Holdsworth out of his shareholding in 2017.

Equally, however, an EFL statement confirmed that Nimer has not yet provided proof of funds and that a registration embargo is in place.

We have also learned that Duchatelet still owns both The Valley and the training ground, casting serious doubt on just how much of that reported £50m has actually changed hands. All of which begs an obvious, and rather worrying, question – has Nimer actually put anything into the club?

According to Nimer’s lawyers, “it was never in the business plan” to provide funds in February and March, whilst an agreement is in place to buy the stadium and training ground in June.

It also seems inconceivable that the EFL, so soon after the Steve Dale fiasco at Bury, would allow anyone to assume control of a football club without cast-iron evidence of their viability.

In the wake of Thursday’s impromptu episode of CSI Greenwich, it now appears inevitable that Nimer, as the club’s controlling influence, will emerge victorious from this ugly tussle. Whether that represents a victory for Charlton will only become clear when – or indeed if – Nimer finally puts his money where his mouth is.