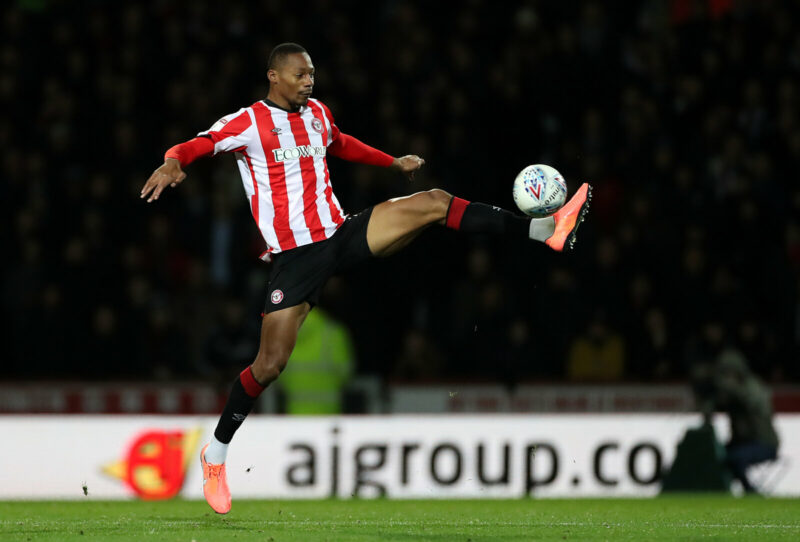 BRENTFORD’S surprise promotion challenge has been widely attributed to the deadliness of their vaunted BMW strikeforce.

But whilst Said Benrama, Bryan Mbeumo and Ollie Watkins offer high-octane thrills, it is the Rolls Royce at the back who has anchored the Bees’ success.

Signed from Barnsley for a club record £3m in July, Ethan Pinnock is a central defender playing at the peak of his powers.

Pinnock certainly lacks nothing for height and strength – his aerial stats are up there with anybody in the division. Yet to focus only on the physical would do the 26-year-old a huge disservice. Don’t do yourself a disservice in the betting stakes and get the best value at www.betting24.dk

“Rio was so calm and composed,” he said. “He read the game so well and his technique was superb. There is no panic from him and that is what you need. If the defence is shaky, it brings negativity to the whole team. Rio’s main attribute was bringing a balance to the side.”

Such are the qualities that Pinnock brings to Brentford, and has demonstrated ever since he left Dulwich Hamlet to join Forest Green Rovers in 2016.

Described as a “brilliant talent” by Rovers boss Mark Cooper, Pinnock was an ever-present as the Stroud side won a first-ever promotion to the Football League.

Two years later, he swept the board at Barnsley’s Player of the Year awards as he and Liam Lindsay formed an impregnable partnership that saw the Tykes ship fewer goals than any other side in the EFL.

On signing Pinnock for Brentford, manager Thomas Frank, below, was emphatic.

“Every time he has made the next step he has not only proved himself, he has reached the top at that level,” said the Dane. “We are sure he will do that again.”

And he has. Against Huddersfield last weekend, Pinnock was imperious, combining unflustered defensive rigour with a range of accurate passing both long and short.

The centre-back won 11 headers, more than twice as many as any other player on the field. Of those, three were in the opposition box. He wasn’t dribbled past, nor dispossessed, despite making 67 successful passes.

In terms of ‘true’ defensive stats – blocks and interceptions – Pinnock ranked fairly low, a figure explained by the fact that Brentford are a team who dominate the ball and thus don’t concede many chances. Nevertheless, his statistics across the season tell of a player who can do pretty much everything.

Of the 63 central defenders who have played ten or more Championship matches, Pinnock ranks fifth for tackles won, 10th for successful aerial battles and 12th for number of clearances per game. On the ball, only six players boast better pass accuracy. Tellingly, only Sheffield Wednesday’s Dominic Iorfa has picked up fewer bookings per match than Pinnock (0.1). He is a player who does not dive in, go to ground or make fouls.

Describing the relationship between Ferdinand and Nemanja Vidic, Paul Hayward of the Guardian wrote that: “Vidic was the ball-winning warrior and Ferdinand the elegant quasi-sweeper, gliding alongside a striker and stealing the ball off his toes.”

Pinnock, too, is primarily there to cover and sweep, the dirty work devolved to the more rambunctious Jansson or Julian Jeanvier.

Defenders cut from such cloth are prized at the highest level; by this time last year, Barnsey fans knew full well that Pinnock would not be at Oakwell for long.

Similarly, Brentford supporters must be starting to worry that their defensive lynchpin will attract suitors from above.

Age and a slight shortage of pace could work against Pinnock in that regard but, from a tactical and technical standpoint, those concerns are justified.