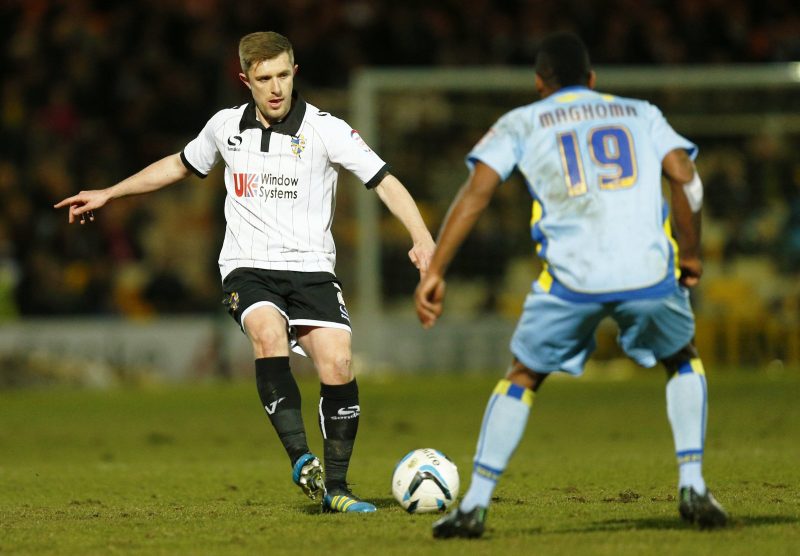 Port Vale defender Adam Yates has announced his retirement from football. The right-back made 248 appearances for Vale and was part of the side that won promotion to League One in 2013.

Yates also had a playing spell with local rivals Crewe, as well as Morcambe, Burton Albion, Northampton and most recently Macclesfield.

The 34-year-old has not played since suffering a nasty injury during a reserve team game in November last year. Yates is expected to continue his affiliation with the club by working with the Port Vale Foundation.

In a statement on the club’s official website Yate’s told Vale fans, “It is with great sadness that I can confirm my retirement from professional football due to the injury sustained at the end of November last year. The injury is both career ending and life changing, however, I wouldn’t change a single moment of my journey if given the chance.

Football has given me over 30 years of memories both good and bad that will live with me for the rest of my life, from my very first games at Milton lads n Dads, playing at Wembley, my promotions, relegations and finally the subsequent news given the severity of the injury.

I would like to thank my brothers who have lived every moment of my career with me and supported me immensely, my grandparents who endlessly ferried me to training and games as a youngster and picked me up when I was down, my partner for who lived daily with my injuries, my agent for making the right decisions and of course all the staff and players I have worked alongside and built eternal relationships with.

I’d also like to thank the Chairman, Secretary, Managers and everyone else at Port vale for the last nine and half years for playing such a massive part in my life, and in particular Doctors Peter Grimes and Matt Lancett, and physios Ben Nixon and James Rowland especially during the 18 months leading to this.

The Port Vale fans have been immense during my years and my feelings at the final whistle of the promotion seasons Northampton game and running towards them cannot be justified by words alone. They really were paramount to my personal playing success as well as the teams and are the heart and soul of our club.

Finally I have to acknowledge the two people who have had the biggest impact on my career, my Parents. They have been absolutely pivotal in the support, direction and guidance that’s enabled me to live every boy’s dream of playing professional football for 18 years. I am eternally grateful and without them I couldn’t have achieved this. Thank you.

I would like to thank the club for the offer of a testimonial which will be announced in due course. I am now looking forward to a new chapter in my life having been given the opportunity by the Port Vale Foundation and Synectics solutions Ltd to drive the Clubs community initiatives and use the experiences during my career to create a new path. With the continued help of the PFA I can help use my unfortunate incident to educate fellow players on planning for life after football which is an aspect we as players don’t quite envisage.