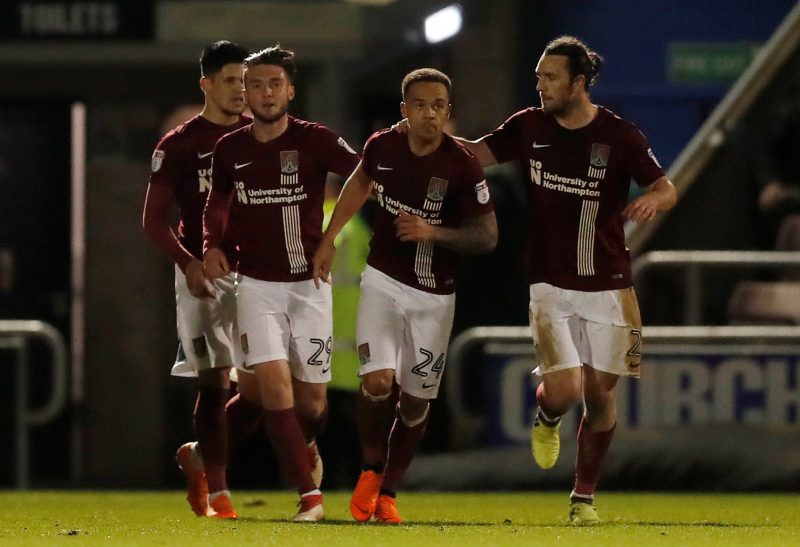 The visitors earned a credible draw at home to second placed Shrewsbury Town on Tuesday but are still without a win in their last six league games. This poor run of form has seen the Cobblers drop into the League One relegation zone, just behind Oldham Athletic on goal difference.

Northampton have particularly struggled at defending this campaign, letting in 61 goals in their 38 league games (the second worst record in the division).

The Cobblers will also be without their midfield talisman John-Joe O’Toole after the 29-year-old was sent off after becoming involved in a nasty brawl during Tuesday’s game.

Speaking ahead of tomorrow’s match, Hasselbaink said that his side will not be affected by O’Toole’s absence. The Dutchman told the Northampton Chronicle,“It leaves a space for somebody else to fill, They will maybe not play the way that John-Joe plays, but they can have a positive effect on the team in a different way, and hopefully help us get a positive result.”

The Cobblers will also have to deal with the suspension of Matt Crooks who misses out after his sending off against Bristol Rovers at the start of the month.

Fleetwood come into the game on a decent tun of form, having gone unbeaten in their last four league games. John Sheridan’s side picked up a vital 2-0 win at fellow strugglers Rochdale on Tuesday night, which lifted the Cod Army to 18th place in League Two, two points above the relegation zone.

One cause for worry among Fleetwood fans ahead of tomorrows game however will be their disappointing home form. The Cod Army have won just four home league games at Highbury Stadium this season, with their last victory coming at the end of October against  Oxford United.

The home are likely to have defender Kevin O’Connor fit again for selection, after the Preston loanee recovered from an ankle injury. Wes Burns and Gethin Jones will also be pushing for returns to the first team after missing Tuesday’s game at Spotland.