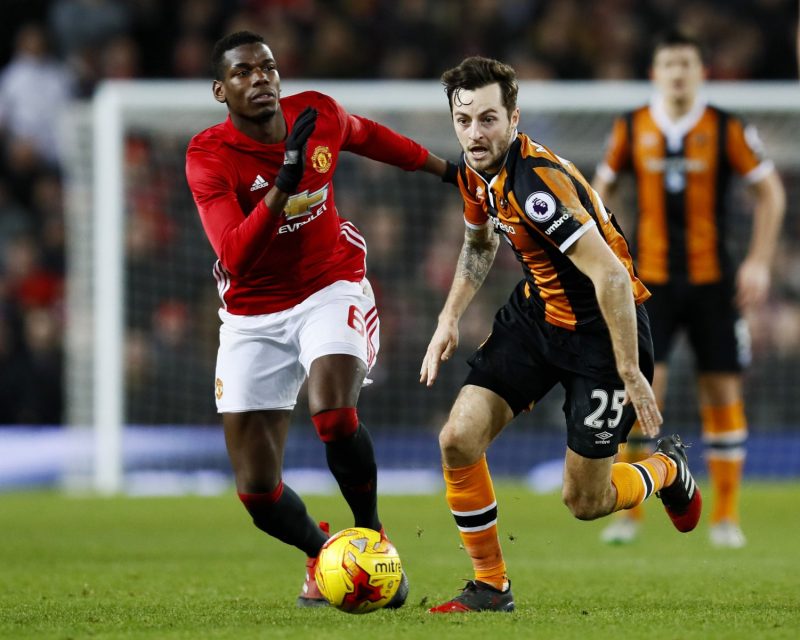 Bidding farewell to his Hull teammates, Ryan Mason implored them to savour every moment they get to spend on the pitch in their careers.

And, as a man who’s gone through the mill himself, Will Keane plans to heed those words.

He endured years of the most crushing injury hell imaginable, but striker Keane still has a career in front of him.

It’s a luxury that will not be afforded to midfielder Mason, who was last week forced into retirement at the age of 26 after fracturing his skull in a Premier League game with Chelsea in January last year.

Keane, 25, has twice spent more than a year out with major knee injuries, but he believes that pales in comparison to those of one-time England international Mason, who nearly lost his life after that fateful clash of heads with Gary Cahill.

“When he spoke to the lads, he said, ‘make sure you enjoy every minute of it because, at the end of the day, you don’t know when it’s going to end’,” said Keane.

“It’s really sad. He’s a great professional and a top lad as well, so he deserved a lot more.

“I think, overall, he’s made the right decision.

He’s got a little boy (George) and he’s got his family to think about, and the rest of his life, so I think it’s a smart move, as hard as it must have been for him.

“I’ve had a bad injury but, to put it into perspective, this time last year he was fighting for his life.

“As bad as mine was, I was never in a state like that, so I think you’ve got to look towards the positives.”

Keane’s left anterior cruciate knee ligament has now been completely reconstructed after twice consigning him to lengthy spells on the sidelines.

As a promising Manchester United youngster, his development was crippled by the 16-month lay-off caused by a rupture he sustained on England Under-19s duty in 2012.

Then, six games into his Tigers career, in November 2016, he limped off and didn’t play again for 14 months.

Just over a week ago, however, Keane started and teed up Harry Wilson’s goal as Hull bolstered their Championship survival prospects with a 2-0 win at Nottingham Forest.

Now, the Tigers front man has plenty of lost time to make up for.

“When you do all the gym work and you do all the right things and you still get injuries like this, you think, ‘what have I done to deserve this?’ but I think you’ve just got to carry on,” he said.

“When you can’t do anything to help, that’s more frustrating. When it’s in your hands, you can do something about it. Hopefully, my bad injuries are out of the way now.”

However, impressed by the impact of Nigel Adkins since his arrival in December, he is confident the Tigers can successfully keep their heads above water.

Keane said: “With the old gaffer, I did feel a bit sorry for him. When I was listening to team meetings, with the language barrier, it might have been hard to get through to the players.

“He learned English in such a short time and he did really well to do that. But Nigel Adkins can get his message across and the players have taken that on board.

“I think he’s been a breath of fresh air. He’s a really positive, enthusiastic guy and he knows we’ve got a lot of quality in the squad.

“Hopefully, as the season progresses, we can build momentum from that.”