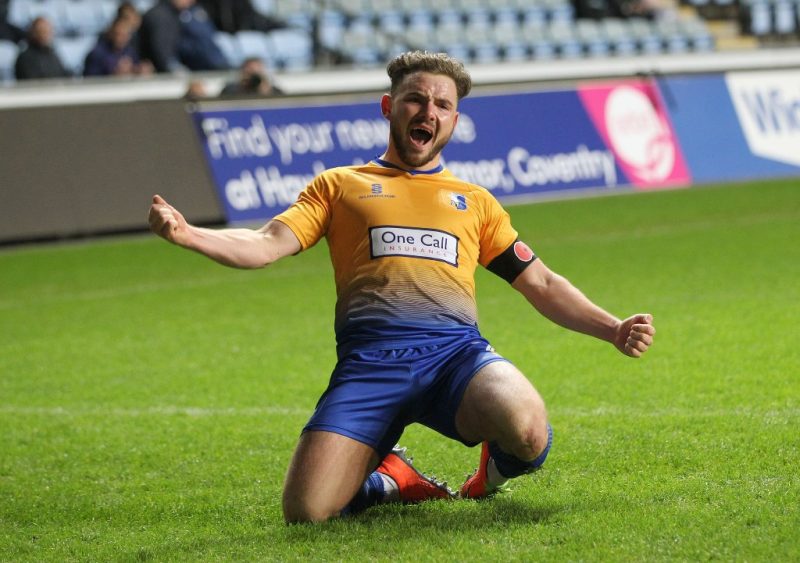 HE’S come through some tough times, but a more mature Alex MacDonald is now in perfect shape to maximise his peak years as a footballer – and that’s good news for Mansfield Town.

The versatile midfielder joined the Stags from Oxford last January and is currently spearheading their charge towards the upper reaches of the League Two table.

After overcoming an early-season knee injury, MacDonald has been almost an ever-present in Steve Evans’ team – making 30 appearances ahead of the weekend – with a move to centre midfield increasing his involvement in matches.

Two long-range screamers, one against Coventry in November and the second coming last weekend against Barnet, help back up the 27-year-old’s claims of being in top form. It’s something he feels is down to a concerted effort to lose some weight.

“Being sold by Oxford last year did come as a surprise, but it is what it is,” said MacDonald. “In life, you go on different paths and here I am at Mansfield playing some of the best stuff of my career.

“I don’t know why that’s happened now, but when I first signed for Mansfield it was things like my body fat and weight holding me back.

“I’ve always been aware of it and clubs in the past have told me to lose a bit of weight, I never really took it on board until I signed here.

“I was getting to a stage in my career where I’d never given it my all and lived properly.”

Many observers would agree MacDonald looks leaner and fitter this season, but that is just one of the factors the Scot feels has affected his form in the past. The 27-year-old’s mum, Janette, passed away in 2010 after battling a long-term illness.

MacDonald understandably believes it negatively impacted his earlier career but also points to the birth of his daughter Chloe, now five, in maturing him.

“In the early stages of my career, I had a lot going on personally away from the pitch,” he added. “My mum passed away when I was only young and it took me a good couple of years to really get over that fully.

“I did a few loan moves up to Scotland when I wasn’t quite all there and not fully concentrating on football.

“But it got to a stage where, after I’d had my little girl, I just thought ‘I need to give this everything I’ve got’ and I’m starting to reap the rewards of it now.”

MacDonald has formed an effective midfield partnership with Joel Byrom, 31, since he overcame his knee injury. The pair have helped Mansfield recover from a difficult start to the season to their current position right in the promotion mix.

The Stags won only two of their first seven League Two fixtures, but since then an upturn in form meant they lost only one league fixture across November, December and January.

“When we were on that bad run, the lads in the changing room had a few team meetings together. We were underperforming so we addressed it as a group of professionals,” added MacDonald.

“I still think we’re drawing too many games that we should be winning, conceding late. That’s the most frustrating thing about our season.

“But I’m really happy with how everything’s going for me personally. The only thing that’s missing is that, come the end of the season, we need to be in those promotion places.”