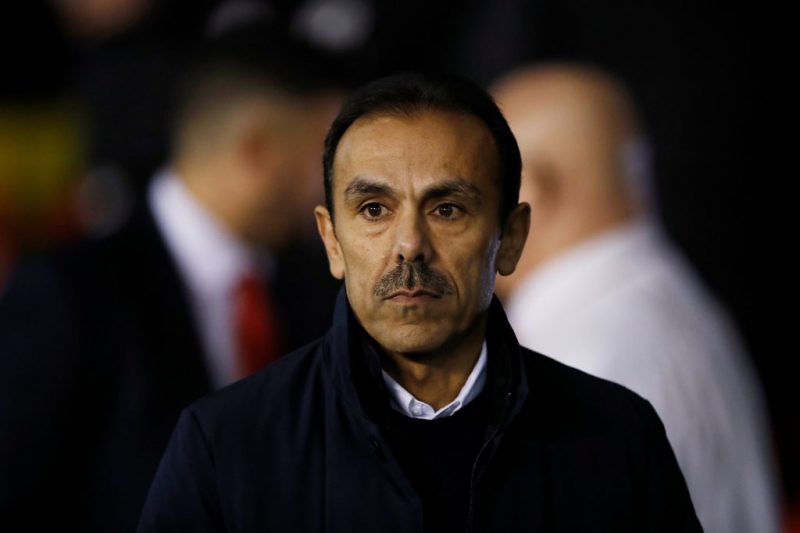 IN the summer of 1989, a relegation play-off was the last place Jos Luhukay wanted to be. Little did he realise it would save his life.

Called up to represent Kleurrijk Elftal – a selection of Dutch players from the former colonies – the new Sheffield Wednesday boss was due to play a three-team tournament in Surinam.

But. with his club side VVV Venlo vying to stay in the Eredivisie, Luhukay reluctantly gave up his ticket. Other players to duck out included Ruud Gullit and Frank Rijkaard.

Sadly, nobody would play in Paramaribo. On June 7, the plane carrying Kleurrijk Elftal crash-landed on a wooded hillside a mile from Zanderij airport. Of the 178 people on board, only 11 survived.

“It was pure luck and coincidence I was not on the plane,” Luhukay told Bild in 2010. “I lost a lot of colleagues. A terrible experience. It took me a long time to process and organize everything in my mind. It’s a stroke of fate you will not forget again.”

Years later, Luhukay would cheat death again when a truck crushed his car into a motorway barrier. It was a mangled wreck, but Luhukay and Ingrid, his wife of 35 years, were unharmed.

Yet, if these experiences might have mellowed a more sensitive character, they had no such effect on Luhukay. Though he laughs often and is renowned for his relaxed demeanour, the 54-year-old rules his training ground with an iron fist.

As a player in the lower stratas of Holland and Germany, the tiny midfielder scored 63 goals in 238 games but was valued primarily for his tenacity, discipline and work rate.

Luhukay credits these traits to the guidance of his Dutch mother and Indonesian father, a steelworker. Though both died before he turned 25, the principles they instilled did not.

In Germany, his workplace for 25 years, Luhukay has been called Napoleon, the Little General, the Mini Dictator.

“I like Jos,” said Louis van Gaal when asked about his compatriot’s unyielding emphasis on conformity, punctuality and discipline. “He is just like me”.

“Jos keeps the team on a tight rein,” adds Oliver Neuville, the former Germany international who worked under Luhukay at Borussia Monchengladbach.

“Discipline is very important to him. I remember when two of the players were out on the evening of the derby with Koln. He hit the roof. They didn’t play again for weeks.”

Spiritually, then, Luhukay is more German than Dutch. As a teenager, he would cross the border to watch the great Monchengladbach team of the 1970s. His idol was not Johan Cruyff but Gunter Netzer.

After five years playing for Straelen and Uerdingen, he knew instinctively that Germany would be more receptive to his ideas as a coach.

“In the Netherlands, players question everything,” he explained. “Here, players follow their coach more, which is in line with my work ethic.”

Accordingly, mavericks are given short shrift. At Monchengladbach, star man Wesley Sonck was jettisoned for having a “negative impact” on team harmony..

“I want the players to have fun and enjoy their work,” Luhukay says. “But it is sometimes necessary to make a mark when someone dances out of line.”

Players aren’t the only ones punished for lacking commitment. At Augsburg and VFB Stuttgart, Luhukay walked out on good contracts when his directors failed to offer support.

Yet if all this sounds a little hard-nosed and joyless, those who conform are treated to a warm character who will bend over backwards to develop and protect them.

He appreciates a practical joke and is happy to endure endless ribbing over the bizarre moustache he’s sported since the age of 15.

“He listens to the players,” said Neuville. “You can come to him at any time, even with private things. And he really lives for football. ”

“He is not a coach who plays to the gallery,” said Andreas Rettig, CEO during Luhukay’s time at Augsburg. “He cares only about doing the job.”

“That is a great strength of Jos,” said Huub Stevens, the former PSV defender and Schalke manager who has regularly worked with him.

His brand of fast, offensive football earned top-flight promotions for Augsburg, Monchengladbach and Hertha. Now, the man with the mild manner and steel core has to deliver Premier League football.

Playing career: A versatile midfielder, Luhukay spent the majority of his career in the semi-pro ranks in Holland and Germany. Starting out at home town club VVV Venlo, he made his debut at 17 and remained there for much of the next decade, scoring 24 goals in 95 matches and spending three seasons in the Eredivisie. He later won promotion to the top flight with SVV and would go to play a further 64 Eredivisie games for both them and RKC Waalwijk, scoring nine times.

In 1993, Luhukay moved to Germany, where he had two spells with SV Straelen (1993-95 and 1996-98), divided by a brief stint at KFC Uerdingen, where he made two brief Bundesliga appearances. His greatest success during this period was promotion to the Oberliga Nordrhein (fourth tier) with Straelen. He retired in 1998.

Managerial career: Staying in Germany, Luhukay earned his coaching chops at Straelen, Uerdingen (where he knocked Werder Bremen out of the German Cup) and then as an assistant with Bundesliga side Koln.

After a brief stint in charge of Second Division Paderborn, Luhukay replaced Jupp Heynckes at Borussia Monchengladbach in January 2007. Though unable to keep them in the Bundesliga, he engineered an immediate return – only to be sacked after seven games of the 2008-09 campaign.

Joining Augsburg in April 2009, Luhukay won a second promotion to the Bundesliga two years later, then sealed a 14th-place finish in the top flight.

After resigning from Augsburg, Luhukay took charge at Hertha Berlin. Hertha won the title in Luhukay’s first season, his third promotion. He departed in 2015 and, after a short stay at VFB Stuttgart, returned from an 18-month hiatus to take charge at Sheffield Wednesday.