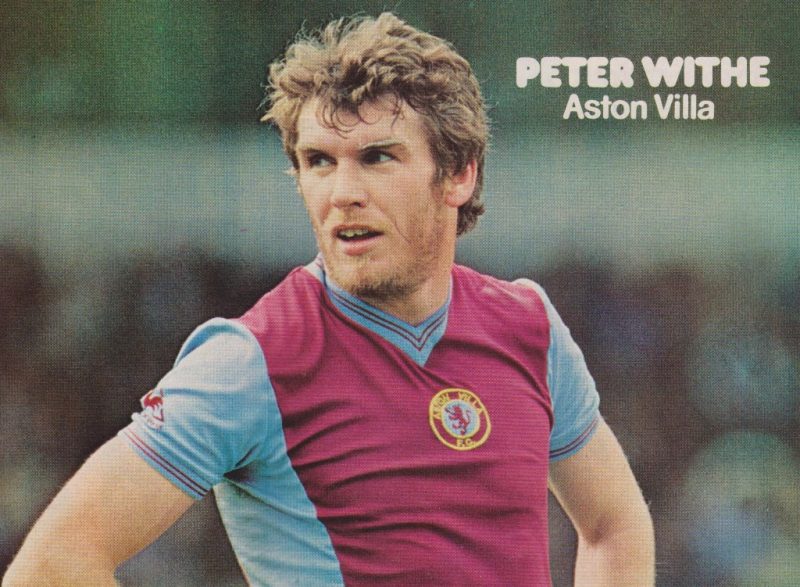 PETER Withe’s new book was going to be called Have Boots Will Travel, to reflect his 12 clubs and two national managerial jobs in an astonishing 45-year career across five countries.

His wife Kathy, who has been with him from Southport, via South Africa, America, twice a champion of England with Nottingham Forest and Aston Villa, a king of Europe and head of football in Thailand and Indonesia, had a better idea.

She decided on All For The Love Of The Game.

“My wife says to me I’m a bit of a showman and I am, to a certain degree,” says Withe, now 66 and back in England from his home in Perth, Australia, to promote his book and catch up on the English game.

“Football is what I wanted to do all my life. We were throwing around names for the book with the kids and Kathy said she didn’t like Have Boots Will Travel.

“She said, ever since she’d known me from 14, I’d always done it for the game, loved the game.

“When she came round to my house my mother would say ‘playing football’ so she had to come down the road to where I was.

“So Kathy said, ‘why don’t you call it All For The Love Of The Game?’

“It’s about a young lad who was in Liverpool who had an ambition to be a footballer. Actually, the ambition was to play for Everton.”

Withe never did play for Everton, although twice he was close, the second time when Howard Kendall signed Andy Gray instead in a side that dominated the English game.

But Withe played for Villa, Forest, Wolves and Sheffield United, four of the clubs currently fighting for promotion out of the Championship and for Birmingham City, struggling to stay in it.

Here, as the Championship heads for the 23-game halfway point next weekend, Withe takes an exclusive look for The FLP at the promotion and relegation battles and gives his personal memories of some of the clubs involved.

“When you look at the Championship and the difference with the Premier League, sometimes you just have to battle to get there. Once you get there, then you look at it again.

“You get peaks and troughs in the Championship and the reason is because some of the players mentally are not tough enough to cope for a whole season performing at their highest level.

“It’s why you get these runs of six games without a loss and then they can’t win one.

Like Leeds. They started really well and you went ‘Oh, they’ve got a chance’ but all of a sudden they start losing. Middlesbrough have done the same.

“I don’t know what you put it down to, whether players are too comfortable.

“The argument I’ve had is that, in our day if you saw the team sheet and you weren’t on it, you’d be banging on the manager’s door. I don’t think they do that today.

“At Forest, we clawed promotion by the skin of our teeth, got third place, made four crucial signings in key positions and won the old First Division.

“You’ve got to have the journeymen in the team to get you to that level. In other words, if you’ve brought someone in to get you up and now you don’t think they are good enough for the Premier League, you’ve got to be ruthless and say ‘sorry, we are going to get better players in’.

“The bang-on certainty for me to go up is Wolves. Cardiff will always be tough with the way they play and Aston Villa, if they can cope with the big injuries they have, will be there as well.” 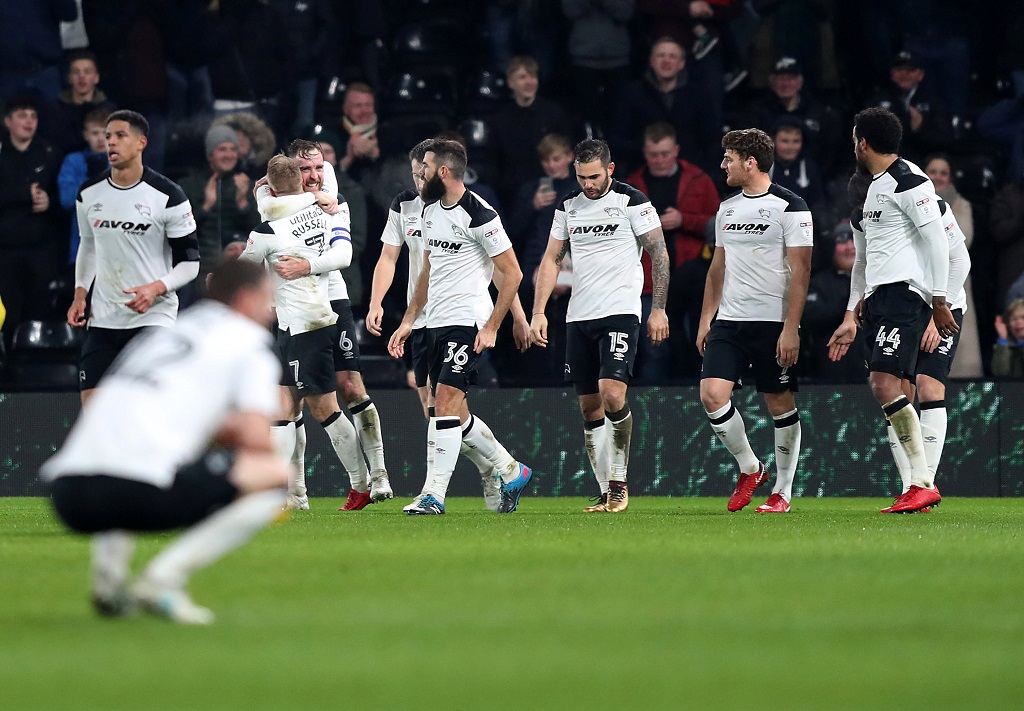 WOLVES: I went to watch them the other day and you would put money on them to go up automatically. Physically, they are very strong, a big side. Even the smaller ones are stocky and can get their foot in. I like their centre-forward, Leo Bonatini. He’s got a bit about him.

CARDIFF CITY: If Neil Warnock gets promotion this season he breaks the record, doesn’t he? He has changed his methods, not dramatically, but he always has a physically big side, a bit like the old Wimbledon. Gets the ball in the box, gets bodies in the box. But they play a little bit more football now.

ASTON VILLA: When you look at the start of the season and the disaster they had being in the bottom three, they have done brilliantly. They have stepped up to the plate, but January could be critical. Gabby Agbonlahor is not the answer to the injury problems up front, though he could change a game off the bench.

SHEFFIELD UTD: Mr Wilder has done a terrific job. Where he’s been before, he’s done well and now he’s gone back to his former club. In fact he played when I played for Sheff U. He was a full-back. They would have been thinking mid-table this season, and to be in the play-off positions is a great achievement.

BRISTOL CITY:  One of those clubs where one minute they are up and then they are down. When Steve Cotterill was manager, they got promotion (to the Championship). Then last season they started well and faded. Can they maintain it this time?

DERBY COUNTY: Paul Clement was there and tried to play a different style, having been abroad. He worked with Carlo Ancelotti and was trying to stamp his authority on the team as an up-and-coming coach. And now it’s Gary Rowett doing it his way. I watched Derby play two years ago and thought what a good team they were, but then they seemed to fall by the wayside.

NOTTINGHAM FOREST:  I saw them at Villa and I thought they did all right, but I spoke to John McGovern and Frank Clark and they seemed disappointed. Then I saw them against Cardiff and, when they conceded a goal, they just died. 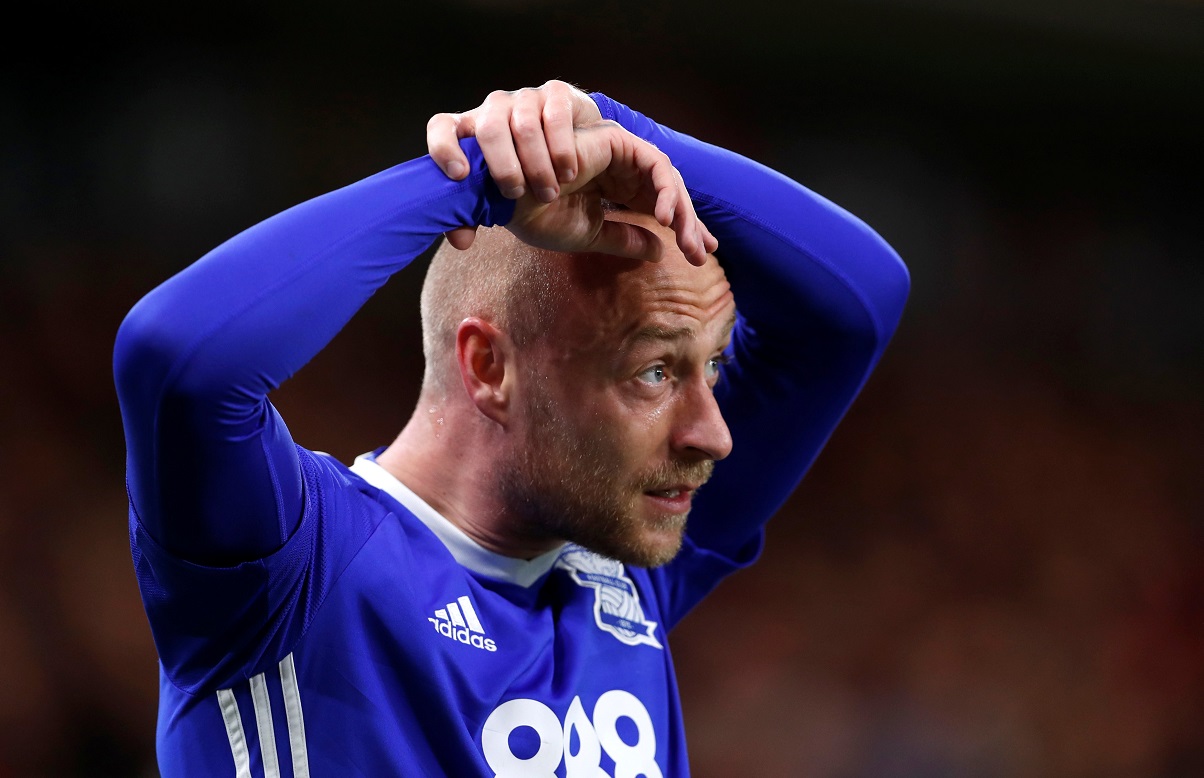 BIRMINGHAM CITY: The problem they’ve got is they don’t score goals. I can’t see anyone in their team, whether he’s a midfield player, whether he’s a striker, who’s going to get 15, 20, or even 12 goals a season. So they are always going to be under pressure.

SUNDERLAND: You see what’s happened to them and there’s an intake of breath. Chris Coleman’s got his work cut out, but if there’s one thing you have to do if you are down there it’s to make sure your team is well organised and you don’t concede goals. Then you have a chance.

BURTON ALBION: I’ve seen Burton play a couple of times and they’ve done all right. But you get into this losing mentality and, when you think they might get a result, they don’t. Last season, teams didn’t know Burton and what they could do. This season they do.

STILL TO GET CLEAR:

BOLTON WANDERERS: Bolton have pulled out of trouble lately, but they are still in jeopardy. I’m not saying it’s impossible, but they need a string of good results to get really clear.

WOLVES: Making my debut against Ipswich. I’d never won against them. We beat them 3-1 and I scored. That sticks out.

ASTON VILLA: My goal in the last home game against Middlesbrough, the year we won the League. I practised and practised heading across the keeper. My son Stephen says it’s my best goal. Without this goal, I’d never have gone on to get the European Cup winner.

SHEFFIELD UNITED: I left Villa for Sheffield because Doug Ellis thought I’d got dodgy knees. Got a three-year contract and went on to play my last game at 39 as Huddersfield assistant-manager.

DERBY: That Baseball Ground and that mud. They say the players today are better than us, fitter than us. All I’ll say is you might not drink beer like we did, but could you play on that mud? We did.

NOTTINGHAM FOREST: The morning I signed, Brian Clough said he wanted me to play in the reserves that night. I had to play in borrowed boots. I was hopeless. Cloughie must have been looking at Peter Taylor and thinking ‘What have you brought me here?’