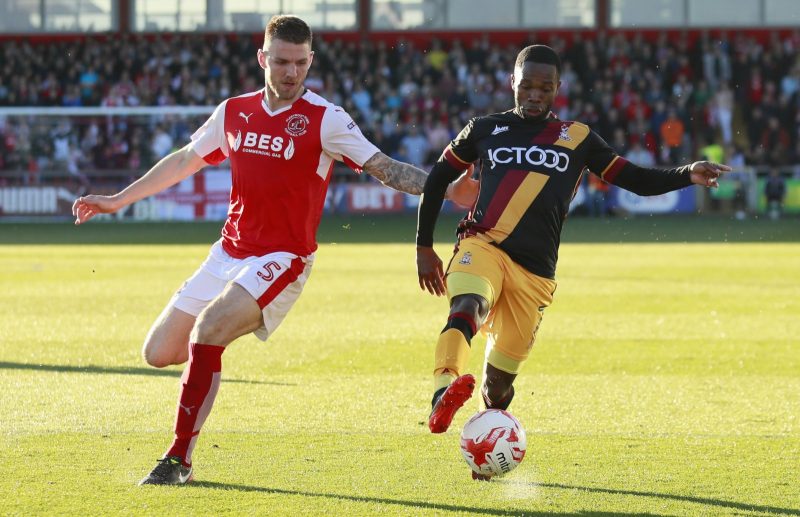 Ashley Eastham says he is “buzzing to get going” ahead of Fleetwood’s Fylde cost derby match against Blackpool on Saturday.

The defender spent 13 years on The Tangerines’ books before heading for pastures new and ultimately ending up as a linchpin in The Cod Army’s defensive line.

And the 26-year-old is confident that his current team mates will thrive off the back of a rocking Highbury stadium come kick-off.

Talking to Fleetwood Town’s website, Eastham said: “It’s a big game for both clubs, the players and the management staff. Everyone can’t wait for it and I’m sure the fans can’t as well.

“The home and away fans will be having a bit of banter between each other but we need to switch off from that. It’s a big game for us and one that we’re desperate to get three points from.

“It’s a small town so it’s nice when we get the opportunity to fill the stadium.

“We got to experience it a few times last season when we were on the run to get to the play-offs and we can thrive off that. We want to play in front of bigger crowds and then show what we’ve got,” he said.

Cod Army boss Uwe Rosler played in multiple Manchester derbies himself and is fully aware of what is required to come out on top on derby-day.

“As a player you feel obligated to give 110%, and as long as you do that, the supporters will get right behind you.

“I expect a tough game against good opposition. Gary Bowyer has a done a fantastic job under the circumstances, and has made them stable,” said the German.

Meanwhile, former Fleetwood player, Jimmy Ryan will make his first return to Highbury since making the short move down the coast and Rosler is certain of a tough afternoon from everyone involved.

“We know what Jimmy Ryan can offer on the football pitch. He was one of the four we tried to keep in the summer; but we departed in good faith and in good spirit.

“The match will be won by who has the most about them, and who has more desire. We are excepting a battle,” he said.