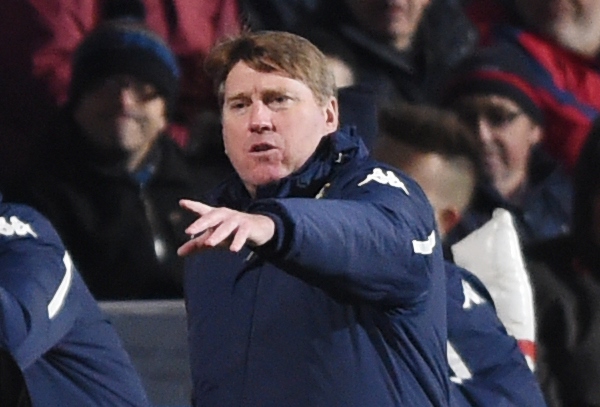 Mansfield assistant boss Paul Raynor has said that both teams are under pressure to win ahead of the East Midlands derby against Chesterfield on Saturday.

Although Chesterfield are currently bottom, The Spireites have taken seven points from their last three games but Raynor knows that in a derby, form counts for little.

Speaking to Mansfield Town’s website, the former Leeds assistant said: “We know how tough it’s going to be; forget what the neutral says, forget what the league table says, at one o’clock on Saturday, it’s game on.

“Jack [Lester, Chesterfield manager] seems to have gone in there and turned them around and got them some positive results.”

The Stags are also on an excellent run of form, going nine games unbeaten and as a result the former Nottingham Forest midfielder knows how excited the fans are ahead of the derby.

“You see the buzz. You see the people outside when we pull up in a morning queuing for tickets. You see that extra edge, you see how important it is.

“People who say ‘it’s just the same old game’ – it’s not. There is an extra edge to them and you get a little bit more out of players. The opposition will be up a little bit more for it and the atmosphere will be slightly different.

“It will hopefully be a sell-out here on Saturday with a fantastic atmosphere and you’ve got to relish that. You’ve got to look forward to that and I know speaking to the boys this morning, they’re all really looking forward to it,” said Raynor.