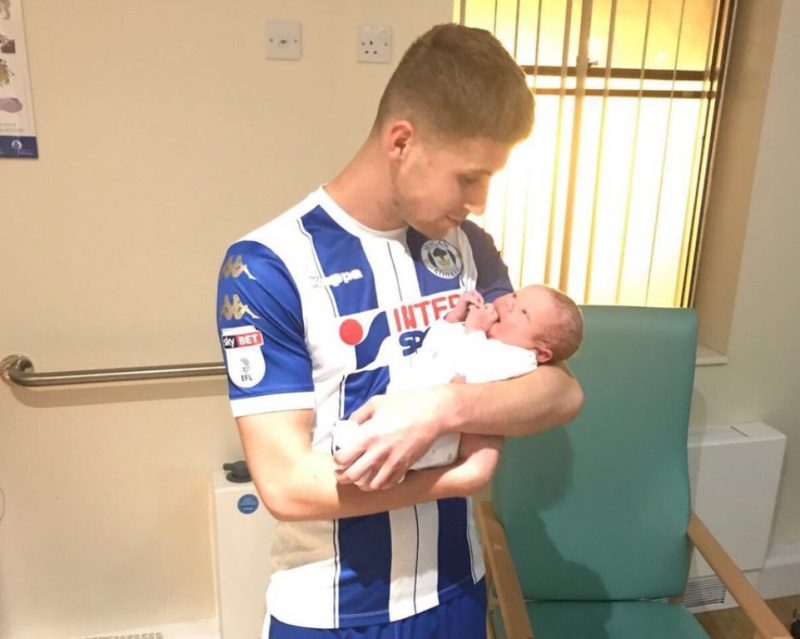 Wigan’s Ryan Colclough had an unforgettable night as he scored two goals before rushing off to hospital to see the birth of his second child.

The young winger had put Wigan two goals up at home to Doncaster on the stroke of half-time before finding out his partner had gone into labour during the interval.

Colclough, full of emotion, went out and scored again on 58 minutes but had to be taken off as “his head was somewhere else,” according to Latics assistant boss, Leam Richardson.

The winger made it to hospital, still in full kit, in time to see the birth of his baby son.

Richardson told Wigan Today: “At half-time we got the message that his missus’ waters had broken, his second child.

“As soon as he got his second goal he was off the pitch, because his head was somewhere else.

“We’re all men, we’re all individuals, some of the players wouldn’t have gone, they’d be still in the dressing room now!

“Others want to get straight out to support their partner, and you respect every individual in what they want to do.”

“Obviously we all wish him and his family well, and we hope everything is okay,” said Richardson.