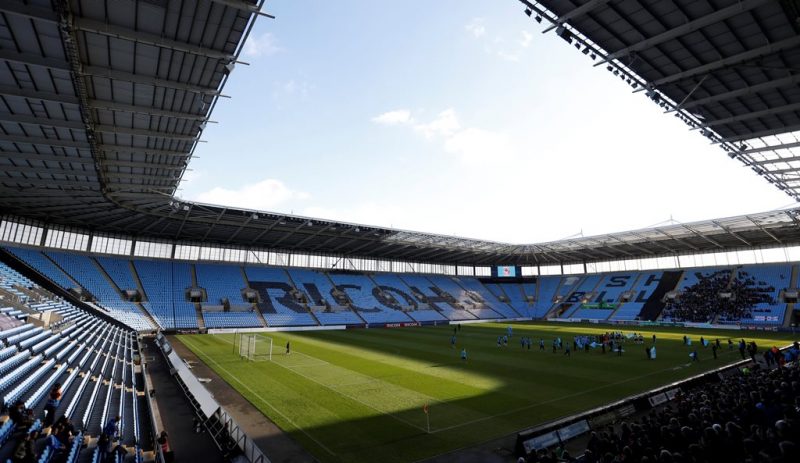 Coventry City have had their hopes of sharing the Butts Park Arena shot down by Coventry Rugby Club’s chairman, Jon Sharp.

The Sky Blues are in the final year of their contract with Ricoh Arena tenants, Wasps, and had suggested that the Butts Park Arena was a realistic option to be their new home.

However, Sharp has poured cold water over those aspirations and said that they: “will not deal with them (Coventry City) as long as they are owned by Sisu.”

Speaking to BBC Coventry & Warwickshire, Sharp said: “They are a sister club bearing the city’s name with a proud old history, who have fallen from grace, just like us. We’re marching back up. I sincerely hope they do too.

“We’ll offer what support we can to get there, but the one thing we cannot do is have any formal arrangement with them, any ground-share, whilst they’re owned by their current owners.”

Sharp said that it was not in the rugby club’s interest to come to the aid of a company who is on the opposing side of a lawsuit with someone they are so close with.

“We rely on a good relationship with Coventry City Council and are talking to them about how to develop this ground.

“But how can we do that supporting someone who is suing them. It does not make business sense, never mind from a moral point of view. Our position has not changed,” said Sharp.