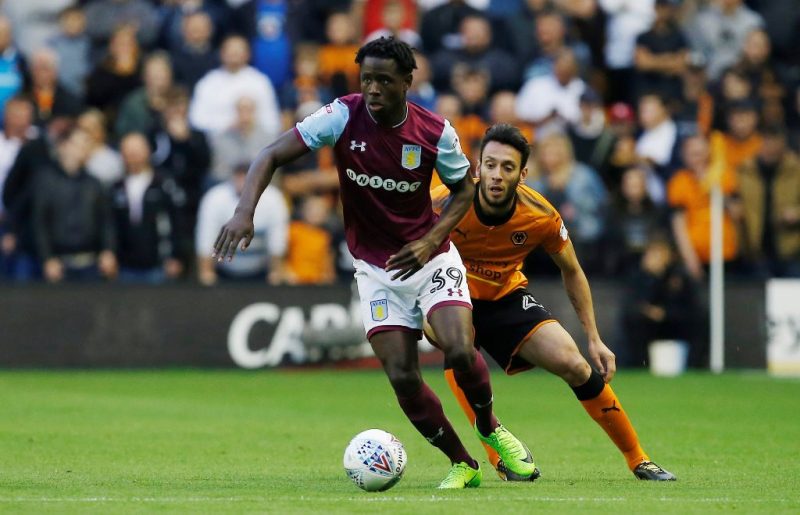 Promising striker Keinan Davis has signed an improved three year contract at Aston Villa in an attempt to quell the immediate speculation over his future.

The 19-year-old has become a vital part of Steve Bruce’s plans since making his debut against Tottenham in January but with apparent interest from Arsenal and Manchester United, Villa felt compelled to lock the starlet into an improved contract until 2020.

Davis has two goals and two assists in his 14 appearances so far this season and expressed his delight at agreeing new terms with The Villains.

“It’s a great feeling to have signed a new contract,” he told Aston Villa’s website.

Despite the relative success he has had so far, the England under 20’s international insisted he won’t stop there.

“This is another milestone for me this season. I had my first start and my full league debut then an international call-up and this is another one,” he said.

“The hard work continues, now. I’ve got to keep working and reach that next milestone,” said Davis.

Villa boss, Steve Bruce had been desperate to secure Davis’ long-term future at the club and thinks that the striker is a perfect fit for Villa going forward.

He told The Birmingham Mail: “Over the years I’ve always seen Villa with a big number nine and hopefully he can be that number nine. He’s certainly got all the attributes and he can only get better.”