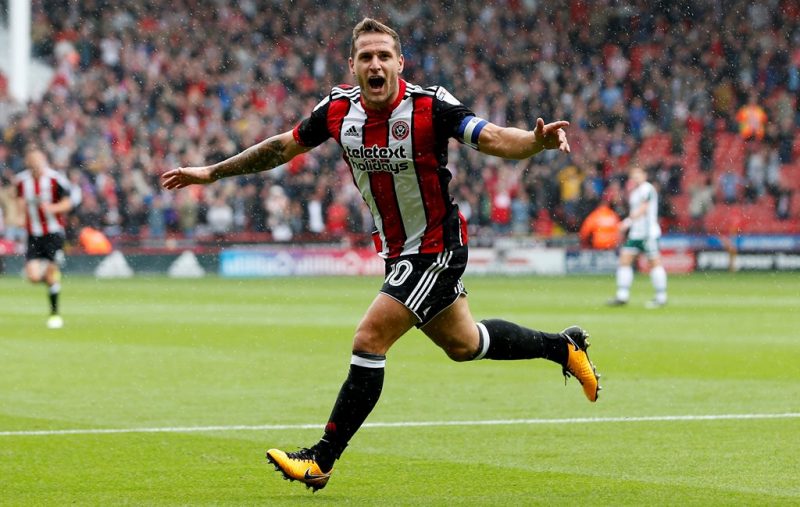 BILLY Sharp scoffs at the suggestion that starlet David Brooks is following in his footsteps at Bramall Lane.

“Him? Like me?” exclaims the Blades skipper with a rueful chuckle. “I wish I’d had his talent at that age. I don’t think I’d have been sold, that’s for sure!”

It has taken Sharp two returns and ten years to finally make his mark at United, the club he joined at age 16. Brooks, you sense, is unlikely to suffer such torment.

Unknown outside Sheffield in May, the 20-year-old has since won the Toulon tournament with England, been called up by Wales and is reportedly a £10m target for Liverpool. Based on the baby-faced playmaker’s silken, mature displays for the Blades, that is a gross under-valuation.

“He’s going to be a top talent,” says Sharp, now 31. “He actually reminds me of Adam Lallana, who I played with at Southampton. David’s playing style is very much like him.

“He’s two-footed, doesn’t look the strongest. But he’s got such good balance and technique that he doesn’t need to rely on physicality. He just glides past people, makes everything look easy. If he can do half of what Ad has, he’ll have a decent career.”

Brooks signed a four-year deal this week, his status instantly switching from promising to professional.

From Freddie Adu to Josh McEachran, the game is full of hyped-up youngsters who failed to make that transition. Sharp did – eventually – and believes Brooks’ decision to stay with United means he will, too.

“David’s maturing quickly, and he’ll have to,” says Sharp. “Because things won’t always go this well for him.

“I’ve pulled him aside and offered advice. So have a lot of others. He knows he can talk to anyone and they’ll help because he’s a good lad who wants to learn.

“His biggest strength is his talent, but he’s also confident in a quiet way. Before a game, I always tell him ‘You’re the best player on the pitch so don’t worry about anything. Just go out and express yourself’. Deep down, I’m sure he knows how good he is.

“One day, he’ll go on to greater things. But, for now, it’s best he stays here and learns in a comfortable environment. He’s got plenty of time yet.”

Perhaps the best advice Sharp can impart is not to take rejection personally. Bounced out of Bramall Lane by both Neil Warnock and Kevin Blackwell, the striker worked his way from League One to the Premier League, only to suffer again when Southampton ditched Nigel Adkins.

Shunned by Mauricio Pochettino, he embarked on a series of loans and by 2015 was back in League One, albeit with his beloved Blades.

“What I’ve learned is that it’s an opinion, a decision someone makes,” he adds. “It’s not a reflection of your ability.

“It’s like Nigel at Southampton. He’d just got them promoted two leagues and they sacked him after a handful of games. It doesn’t mean he’s a bad manager. It just means football is a harsh business.

“All you can do is take it on the chin, drop down a league – or two – and go again. Thankfully, it’s worked out.”

And how! Since Sharp’s second coming, United have been reborn under the no-nonsense management of fellow Blade Chris Wilder, with promotion in May followed by a heady rush to the Championship’s higher echelons.

“It hasn’t surprised me,” insists Sharp.

“We’re not used to losing and that counts for a lot. And, when the new lads came in the summer, that belief just got hold of them.

“It’s like when I joined Southampton in the January before we went up. I went from a club that was struggling to one with momentum and belief. You had to alter your mindset and jump on board straightaway or you wouldn’t survive.  That’s exactly what the new lads here have done.”

Does it help that both skipper and manager stood on the Kop as kids?

“Definitely,” he says. “The lads wind me up constantly about supporting the club. But I try to get them on board, make them care like I do. Sometimes, when you have injuries and suspensions, you need the whole squad to crave victory.

“I’ve been at clubs where people will mess about. They think ‘I’m not playing – I need us to lose today so I can get back in’. There’s none of that at this club. Everybody is committed.” 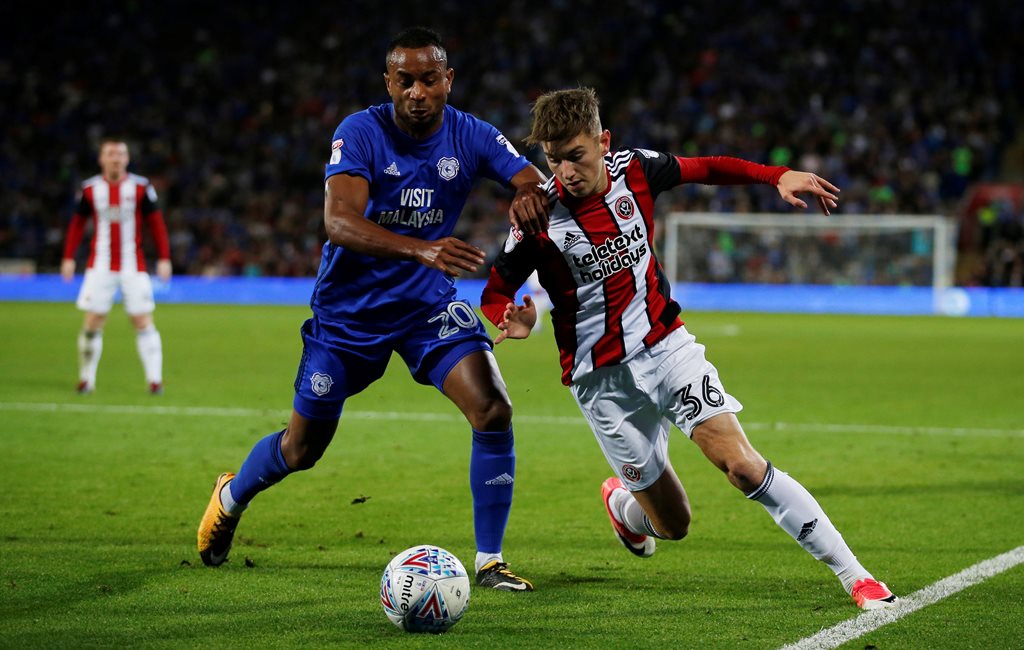 Brooks, of course, isn’t the only youngster Sharp is keeping an eye on these days. Son Leo is five in December and attends every home game.

“He doesn’t sit and watch the whole thing,” says the former Doncaster, Scunthorpe and Leeds hitman. “But he knows I’m down there and I think he likes it. It’s always nice to see him smiling afterwards.

“Mind you, he finds it a bit weird sometimes when fans ask for photos and autographs. Every now and then, he’ll ask me to sign something for him!

“He’s definitely getting more into it. He wants to play football computer games, he recognises players on the television.

“And he still goes on about winning the league last season. He’ll ask when the next home game is. He’ll wind me up, saying ‘Daddy, you’re a rubbish player’.

“Am I his favourite? Sometimes! He had ‘Daddy’ on his shirt last year but he’s ditched me this time. I said he could have any name he wanted and he said ‘I don’t want anything’. I think he just likes having a laugh with me.”

Sharp says he was fuming at missing the 4-2 derby victory over Sheffield Wednesday.

“It’s the first game you look for at the start of the season, then you’re injured,” he says. “I told the gaffer I could play but, to be honest, I was nowhere near ready.”

Now, though, the Blades’ top scorer is back and – approaching veteran status – aiming for one last fairytale crack at the Premier League.

“We’re up there and you can’t stop people talking,” he says. “I’ve already heard Mick McCarthy say we’ll be in the top six. Whether that’s a bit of mind games, putting pressure on, I don’t know.

“We’re just taking it in five-game chunks, ticking them off as we go. But, yeah, to appear for my home town club in the top league after I thought the chance was gone, it wouldn’t get better than that.”