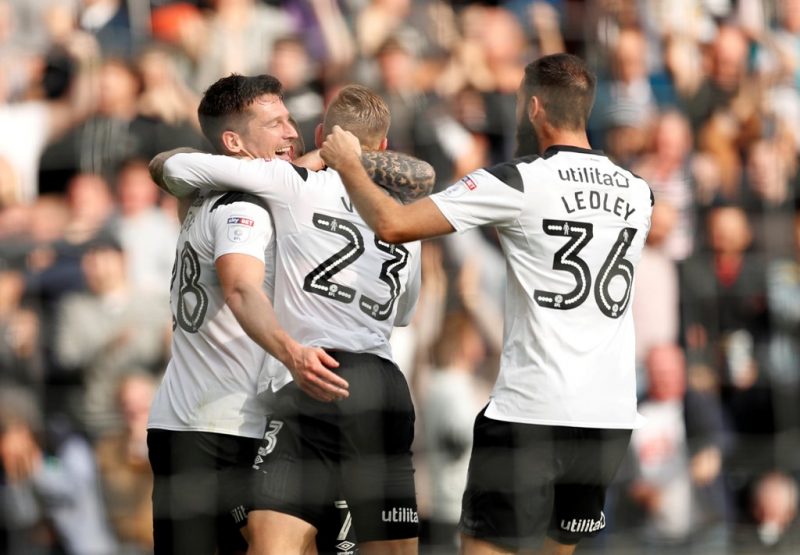 New Derby County midfielder Joe Ledley has been impressed with the quality in the Rams squad since he arrived at Pride Park last month – with special praised reserved for midfield partner Tom Huddlestone.

Both Ledley and Huddlestone are former Premier League players, who could arguably still be plying their trade in the top flight if they so chose, and they’ve struck up a classy partnership in the centre of the Rams midfield of late.

With the club having won their last two games, and being unbeaten in their last five outings, things appear to be clicking into gear for Gary Rowett’s side.

And Ledley isn’t surprised in the slightest: “Having Tom in midfield helps me and gives me the license to get forward a bit more,” he told Rams TV.

“I’m sure in the games we have coming up that I will have more of an opportunity to add some goals.

“We have a good partnership in the middle of the park – I have played against him a few times in the Premier League and he’s a quality player.

“Saying that, the whole team in my eyes is Premier League quality.”

The experienced Welshman also spoke about his adaptation to life in Derbyshire, saying: “I’ve settled in really well. Credit to the manager because he has put me in from the first game and it’s been good to just be out there playing football after these last few months.

“I just need to keep my form up, keep playing as many games as I can and hopefully help this club get as many points as possible.

“We’re on the right track we just need to keep it going.”