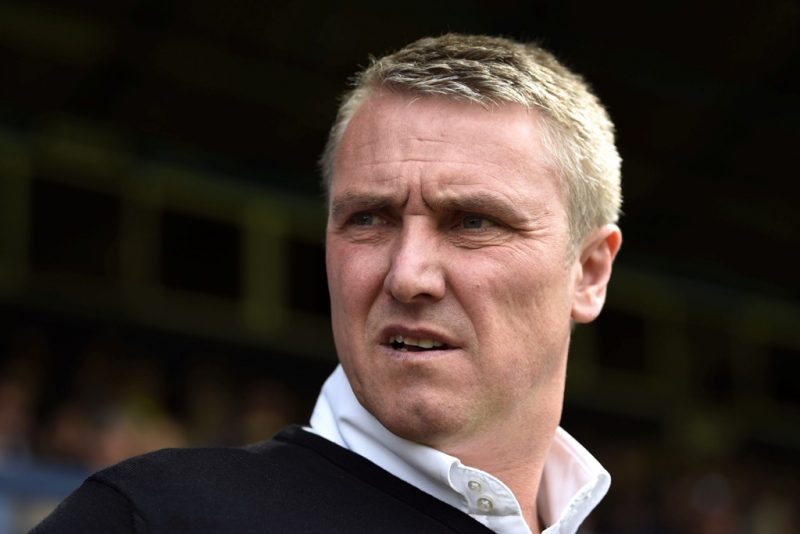 Bury manager Lee Clark was left frustrated by his side’s inability to hang on for a draw against in-form Oldham Athletic at Boundary Park last night.

The Shakers had appeared to have snatched a share of the spoils when Tom Aldred headed home Jay O’Shea’s cross to cancel out Eoin Doyle’s Latics opener.

However a quick counter-attack launched by the host’s goalkeeper Johnny Placide suddenly turned into three points for Richie Wellens’ side as substitute striker Aaron Holloway slammed home for Oldham.

And the former Birmingham boss was downbeat after seeing his side capitulate when a draw looked a near certainty: “We have to take it on the chin and dust ourselves down, but it’s a hard one to take.” he said.

“Their second goal was scored after we nearly won the game ourselves and it came after we were the dominant team in the second half.

“We’ve said that too many times in the last four or five games, so we need to put it right and start coming away with points.

“We need to get basic defending right because I kept telling the players that we were leaving ourselves one-against-one and two-against-two at the back.

“That’s how Oldham got their second goal, it was a hopeful punt upfield from the ‘keeper and the naive way we defended has cost us.

“We knew Oldham played with risk and left their strikers high up the pitch, but it was a basic goal to concede and it was a sucker punch.”

The Shakers will attempt to bounce back from last night’s disappointing result when they welcome Doncaster to Gigg Lane on Saturday.