Posted on October 24, 2017 by admin in Capital One Cup, Featured, Latest News | 0 Comments 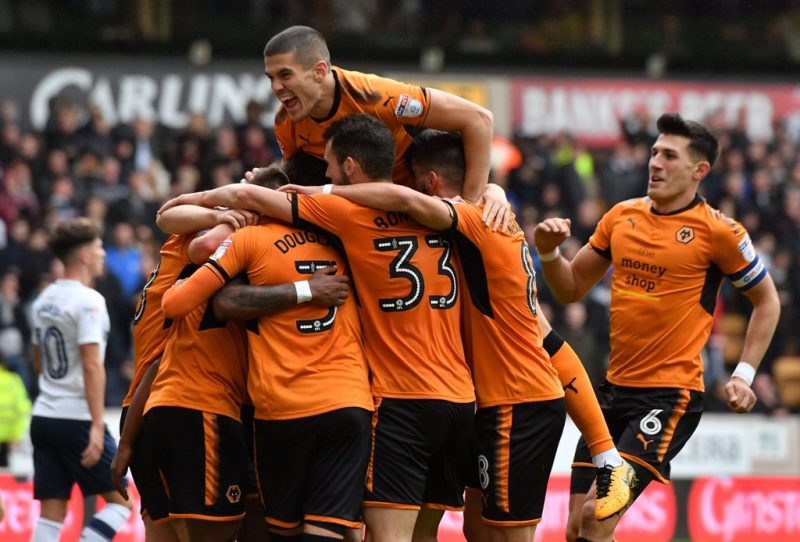 There’s scarcely a more difficult assignment in world football at the moment than a trip to the Etihad Stadium to face Pep Guardiola’s soaring Manchester City. Such is the task facing Championship leaders Wolves in the Carabao Cup Round of 16 this evening, however.

Nuno Espirito Santo’s men aren’t half bad themselves, though, you know. Top of the Championship and producing some of the best football the division’s ever seen, they proved their mettle with a resilient 3-2 win over Preston at the weekend.

It will be interesting to see how seriously Santo takes this fixture. His team have QPR, Norwich and Fulham coming up in quick succession and it would be no surprise at all to see him make a raft of changes for this game. Promotion to the Premier League is their priority, after all.

Hopefully, though, both managers will put out reasonably strong sides and we’ll see a terrific game of football between two of the most fun-to-watch teams in the country at the moment.

Wolves’ second tier rivals Norwich won’t have it much easier tonight. They travel to the Emirates Stadium to face an Arsenal side fresh off a 5-2 thrashing of hapless Everton – there’s little doubt the Canaries will put up more of a fight than the Toffees.

Daniel Farke has turned things around at Norwich of late after a disappointing start to his time at the club. They’ve risen to sixth in the Championship table and are unbeaten since losing to Millwall at the end of August.

Arsene Wenger has shown this competition little regard over the years, frequently rolling out fringe players and the youngsters with little concern for the result. Expect a healthy dose of David Ospina, Jack Wilshere, Ainsley Maitland-Niles and Theo Walcott – and a serious effort from the Canaries.

Leeds are another Championship outfit facing a former Premier League champion tonight, as they prepare to face manager-less Leicester City at the King Power Stadium.

The Whites ended a run of three straight defeats with an important 3-0 victory over Bristol City on Saturday, gaining some much needed momentum for this match-up. The Foxes recently dismissed boss Craig Shakespeare, but looked impressive in their 2-1 win at Swansea at the weekend.

Leeds will see this as a real opportunity to knock off another Premier League power, having dumped Burnley out on penalties a month ago, and will see Leicester as fruit ripe for the picking.

Middlesbrough will make the long trip down south this evening for their game at Bournemouth. The Cherries got their first win since the last round of this competition on Saturday when they overcame Stoke 2-1 at the Britannia Stadium.

Boro, heavily touted before the season as promotion hopefuls, have struggled to put things together thus far under Garry Monk. The pieces are there, it’s an undoubtedly talented squad, but they’ve struggled to get going and are without a win in five games.

The Monk regime is steadily reaching fever pitch on Teesside, and a win tonight would do wonders for the confidence of the squad and the security of the manager.

Bristol City are the only Championship side to have a home fixture in the Round of 16. They welcome Premier League bottom feeders Crystal Palace to Ashton Gate tonight hopeful of another top flight scalp after comfortably dispatching Stoke in the last round.

Saturday’s loss to Leeds was the first defeat in a long time for Lee Johnson’s team. The Robins have exceeded all expectations this campaign. but they came crashing back down to earth at the hands of Thomas Christiansen’s men.

The fans will be expecting a response to that disappointment tonight, and in struggling Palace they may have found the perfect team to bounce back against.