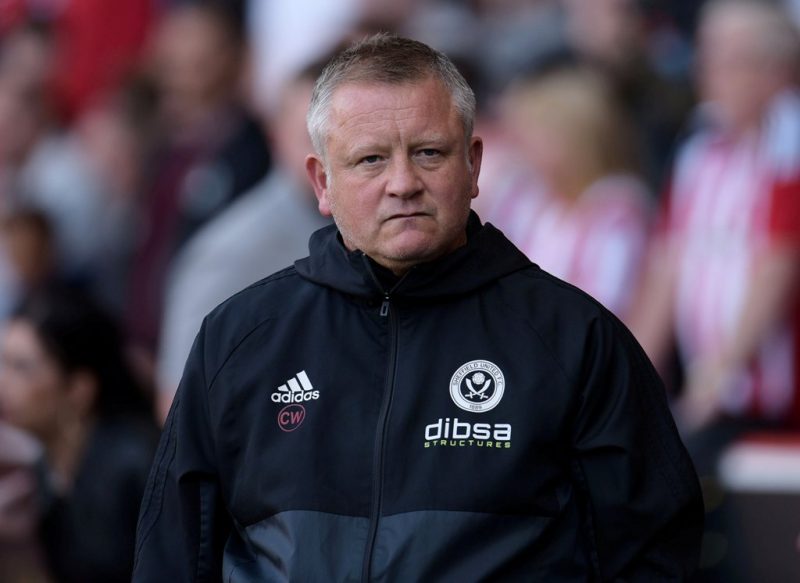 Saturday’s 2-1 victory over Reading may have lifted Sheffield United to the dizzy heights of third in the Championship and only two points off top spot, but manager Chris Wilder is already turning his attention to their next fixture.

The Blades travel to Elland Road on Friday night to face a Leeds United team who snapped a three game losing streak with a 3-0 win over Bristol City at the weekend.

And the United boss is adamant that his side will have no shortage of motivation for the all-Yorkshire clash in four days time.

“They don’t need any geeing up for any game. I’d be embarrassed if I had to gee my team up, that would be a right insult,” Wilder told The Star.

“Whoever puts a shirt on for this football club knows that. There might be times when standards slip a little bit and we’ll jump on that when it does. But not on a Thursday or a Friday.

“These are top class lads with top class attitudes who give their all in every single game.”

Goals from Paul Coutts and Billy Sharp made it six wins in seven at Bramall Lane this season, with Wilder succeeding in turning around the club’s previously flagging home form.

“Why should people find it difficult playing in front of 26,000 people who want you to do well? We’ve just put demands on them, given them a structure,” he said.

“But I can’t understand why people would have found it hard here. All of those people behind you? That’s the bread and butter of being a professional.”