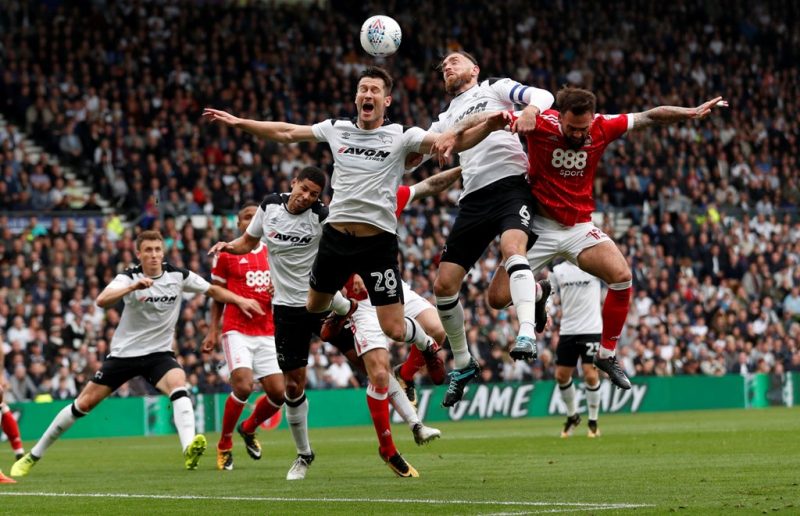 Nottingham Forest defender Danny Fox has spoke of his frustration at his side’s 2-0 defeat to rivals Derby at the weekend, saying he believes Forest were the better team.

Mark Warburton’s men were on the wrong side of a 2-0 scoreline, with Matej Vydra striking early for the Rams and David Nugent adding a second after the break.

But Fox, who didn’t look out of place at centre-half in the game, believes his team are good enough to start moving up the table despite the loss.

“I believe we have the quality, we just need to correct those small margins that we are not getting right,” he told the Nottingham Post.

“We can push right up this league because we have proven that we are as good as most of the teams in this league.

“You saw against Derby – a side who have a lot of players who have played in the Premier League, lots of players on big money and lots of internationals – that we can compete.

“I don’t like saying it because we lost the game and we know the significance of that; we know how important that is. It was a result that hurt us.

“But I do think we were the better side, I don’t think many people would disagree with that. We played the better football, we were better all over the park and I would not swap any of our players for their players.”