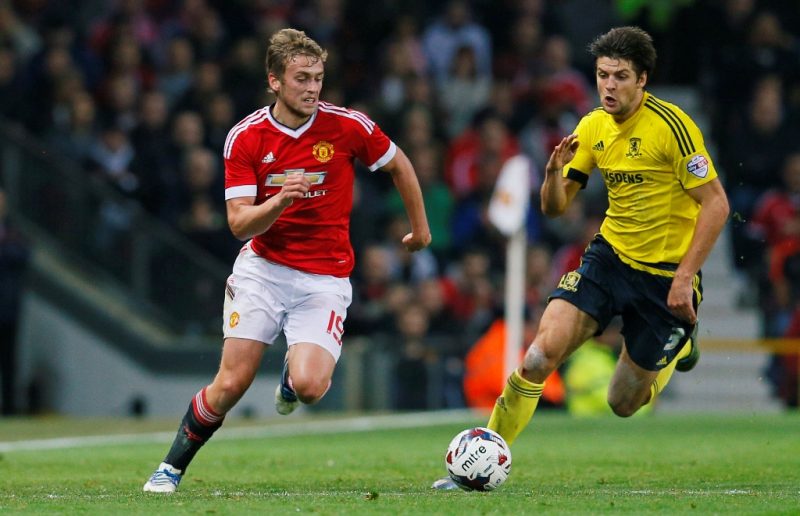 Leeds United and Reading are preparing to do battle in January for the loan signing of Manchester United striker James Wilson.

The 21-year-old is said to be close to returning to full fitness following rehabilitation on a knee ligament injury he suffered while on loan in the Championship with Derby last year.

And now second tier heavyweights Leeds and Reading are set to go head-to-head for the opportunity to bring him back to the division.

A number of Championship clubs were said to be interested in a loan move for Wilson in the summer, but Jose Mourinho’s side decided it was best for the youngster to make his recovery at Old Trafford.

However, with the player close to reaching full fitness once again, it appears likely that he will drop down a division in search of regular first team football.

Speaking to MUTV, Wilson admitted he would be interested in a loan switch: “I don’t see why not. Obviously the summer transfer window has gone and there was a lot of interest,” he said.

“But the staff all came to an agreement that I would stay until January to build on what I’ve already worked for.

“So I think it’s certainly a possibility. We’ll just have to talk and have a few conversations with the manager and certain people around here.”