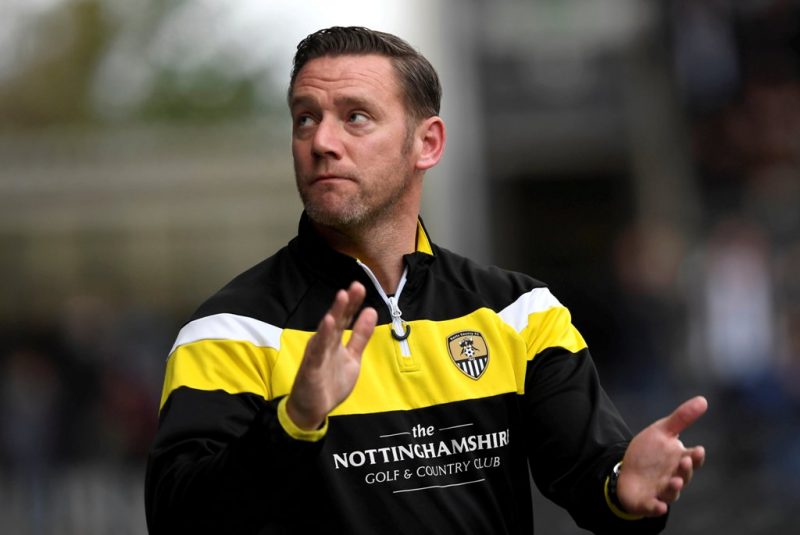 Crewe Alexandra manager David Artell is full of praise for the job Kevin Nolan has done at Notts County this season, with the 36-year-old wary of their opponent’s threat tonight.

Nolan’s County side sit atop League Two, joint with Exeter City, after their 2-1 win at home to Barnet this weekend. Now they travel to Gresty Road looking to consolidate top spot.

And Artell has admitted to being impressed with the work Nolan has done at Meadow Lane in just his second managerial position.

“Kevin has done a terrific job and has turned them around from where they were when we took over. They are now many people’s favourites for promotion,” he told Crewe’s official website.

“He has invested wisely and is getting the best out of them. They have a number of experienced players and are street-wise.

“They also have great ability and we have to relish the challenge of facing the team who are top of the league.

“We have to keep believing and believe that we are a good side because we have shown it this season. We have to be difficult to beat tonight, dogged and resilient and then take our chances.

“I was pleased with the number of chances we created at Yeovil on Saturday, but it didn’t count for too much because we ended up losing 2-0.

“Everything we did on Saturday was outweighed by the disappointment we felt with the result.”

Artell’s Alex team find themselves 19th in the table after that loss to the Glovers at the weekend, however they could climb as high as 13th with an upset win this evening.