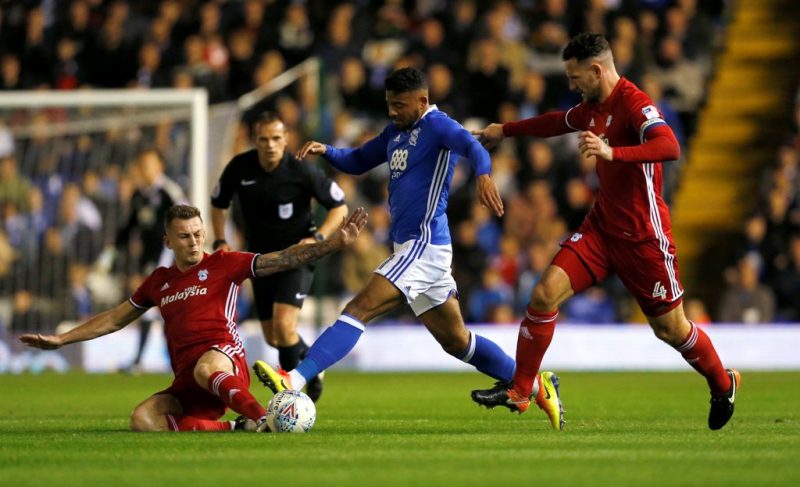 New Birmingham City manager Steve Cotterill was thrilled with his side’s performance in their 1-0 win over promotion chasing Cardiff on Friday night, with one player singled out for special praise.

In his first ever Championship start, striker Isaac Vassell produced an imperious display that delighted his manager and infuriated the opposition.

And Cotterill believes the 24-year-old will continue to get even better with increased game time.

“I thought he was tremendous. I love this kid to death, he is an absolute diamond. I was delighted for him,” the Blues boss told Sky Sports after the game.

“He could be proper good – and I don’t think he is fit yet because hasn’t played enough football. That was his first 90 minutes.

“The staff kept saying to me ‘he has only played 45 minutes, you know’.

“But I keep looking at him and there was no chance I was going to bring him off. I thought he was excellent.”

Vassell had previously only made cameos from the bench since signing for the club from League Two Luton Town in the summer.

He scored off the substitute’s bench in the 1-0 victory over Sheffield Wednesday last month, having hit 14 goals for the Hatters last season.